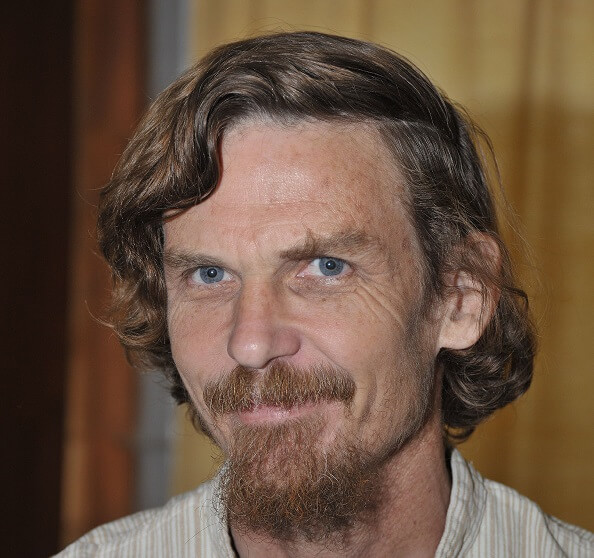 “I would regard the right to privacy as an ally rather than an enemy of the welfare state,” says Jean Dreze

Jean Dreze, visiting Professor at the Department of Economics at Ranchi University, in conversation with Nehmat Kaur talks about the mass repository of personal information obtained through Aadhaar being a tool for State surveillance

NK: What are your reflections on the right to privacy judgment?

JD: I have not read the judgement, but based on what I understand of it second-hand, it sounds like a very positive development. For a start, it is good to see so much hard work and application of mind, not only on the part of the judges but also from the concerned lawyers. At a time when so many democratic institutions are losing credibility, this is a sign of hope. It is also encouraging to see that the Supreme Court was able to stand up to the government on this matter, again in contrast with the general trend towards docility and submission to state power. The Supreme Court itself had gone through a long spell of inexplicable apathy in the related Aadhaar matter, even as the government flouted its orders for years. It redeemed itself with this clear and unanimous affirmation of privacy as a fundamental right.

The practical implications of this judgement will take time to emerge, but at least it makes it possible to invoke the right to privacy against various invasions of it.

“For instance, the recent ‘anti-conversion’ law in Jharkhand, which prevents anyone from converting in any circumstances without the permission of the district collector, strikes me as a serious infringement of the right to privacy. The recent judgement will make it easier to challenge abuses of this sort, in court or elsewhere.”

NK: Is privacy a matter of trade-off in welfare schemes?

JD: It is possible to think of circumstances where there might be a trade-off between privacy and the effectiveness of welfare programmes. For instance, posting bank account numbers on the net sometimes contributes to greater transparency in transfer schemes, or enables people to track the transfers when they are delayed. There is a tension, in this case, between transparency and the right to privacy. This is an issue, for instance, in the context of the National Rural Employment Guarantee Act. The right to information and the right to privacy are not always easy to balance, as would be evident from a reading of the Right to Information Act itself.

Taking a larger view, however, I would regard the right to privacy as an ally rather than an enemy of the welfare state. The expansion of social support in India is almost always an outcome of democratic politics and popular mobilisation rather than the kindness of the state or political leaders. The right to privacy facilitates these struggles. Dissent and opposition can be quite difficult when there is nowhere to hide from state power. To illustrate with reference to NREGA again, workers’ efforts to organise, where they happened, have almost invariably led to tremendous repression, often with the complicity of state institutions. Their leaders have been routinely harassed, jailed or even killed. The right to privacy helps to contain the power of the state and expand our freedom to dissent, organise and agitate.

NK: What are the implications of such mass collection and seeding of data as under the Aadhaar project?

JD: The Aadhaar project is a quantum leap in the power of the state to watch the citizens, and therefore to control them. It means that from birth onwards, we will be on the state’s radar. Detailed information on where we live, where we go, what we earn, whom we talk to on the phone and so on will be available to the state at the click of a mouse. Contrary to popular perception, there is virtually no protection against this in the Aadhaar Act. Even if these powers are not misused, which is unlikely, the mere existence of an apparatus of surveillance is bound to stifle the freedom to dissent.

The main response to this from the champions of Aadhaar is that privacy has already been lost with the expansion of information technology.

“Loss of privacy, however, is not the same as submission to state surveillance. Also, the same technology can be used to reclaim privacy, for instance using encryption. Aadhaar not only breaks the seal of a huge amount of personal information, it also hands it over to the state and helps it to integrate a myriad of information sets.”

I don’t think that there is any equivalent of that elsewhere.

NK: Does the State have anything to gain from having this mass repository of personal data of the residents?

JD: There is a view, or rather a claim, that Aadhaar has helped the state to save large amounts of money. The savings estimates, however, are worthless, with the partial exception of savings related to the LPG subsidy. Some are worse than worthless, for instance when the alleged savings reflect forced exclusion from welfare schemes due to Aadhaar. What is frustrating is that the worthless figures continue to be quoted by Aadhaar enthusiasts, government officials and the mainstream media even after they have been debunked. This is an aspect of the propagandistic mode in which the Aadhaar project has operated from the beginning. Perhaps Aadhaar did enable some savings here and there, but we are yet to see or hear credible evidence of it.

I think that the real gain for the state does not lie in savings but in the value of Aadhaar as a tool of mass surveillance. That gain, however, is a loss for the public. The Indian public seems to have some difficulty in recognising this, perhaps because it is so used to civil liberties that it has lost sight of their value. The state has stupendous powers, and it does not take much for them to be misused, as is already happening in some parts of the country, and has happened country-wide during the Emergency. Aadhaar greatly amplifies these powers. For instance, it enables the state not only to identify and track dissenters, but also to disable them, literally, by “de-activating” their Aadhaar number. This may seem like a far-fetched scenario, but as the saying goes, the price of freedom is eternal vigilance.

NK: Surveillance is justified by the State, mainly for national security reasons or to prevent and/or get insight for terror related activities. How do you think this can be balanced out without mass aggregation of data by the State?

JD: It seems to me that the state already has plenty of powers to deal with security threats. If anything, these powers need to be contained, as they tend to be misused. National security can easily become an excuse for authoritarian measures that end up being used against ordinary people, as happens every day in Kashmir or the so-called Maoist-affected parts of central India, and to varying extents elsewhere too.

National security is best sought by building peaceful and constructive relations with one’s neighbours and addressing the issues that cause some people to resort to violence. The government of India could do much more in that respect. It is also important to remember that the casualties of terrorism are minuscule compared with those of undernutrition, disease, pollution, accidents and so on. The reduction in terrorist casualties that a surveillance apparatus like Aadhaar might be able to achieve is unlikely to extend average life expectancy by more than a few minutes, at best. A few minutes of life expectancy seems like a small price to pay to avoid lifetime state surveillance.

NK: With a Committee drafting a data protection/privacy law for the country, according to you, what are some key features it should have?

JD: This question is beyond my domain of competence, but one thing that would sound good to me, as a layperson, is some clarity about what “consent” means in the context of data protection. The only protection we have, from the Aadhaar Act, against the misuse of identity information by the so-called requesting entities is the consent clause, which states that this information cannot be used for any purpose other than that to which the person has consented. But most of the time, we just don’t know what we are agreeing to when we tick or click a consent box. Even Aadhaar enrolment is supposed to have a consent clause, but most people do not have the faintest idea of what it means. It would be good if consent clauses were subject to legally binding minimum norms of clarity and reversibility.

A privacy law would certainly be useful, but I am also hoping that the debate on privacy will go beyond the focus on the state and the law. The state is not the only entity that can violate our privacy, and the law is not the only way to protect it. Respecting the right to privacy also requires changes in individual attitudes and social norms. Just to give an example, asking someone about his or her caste strikes me as an invasion of privacy. Most people in India seem to think nothing of it, especially in rural areas, but this can change. If the privacy debate helps to speed up that change, nothing like it.