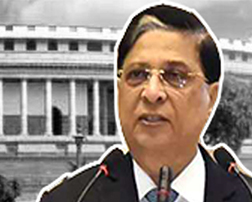 Avoiding executive overreach: Why the Constitution abhors politicisation of impeachment

Our Constitution makers have undoubtedly borrowed the grand impeachment process from the imperial Parliament in England for the removal of judges of the High Court and Supreme Court. However, the founders, while writing the constitutional provisions on impeachment, have certainly kept in mind the object of shielding the judges from the executive mischief, as well as from politicisation by parliamentarians who are the peoples elected representatives.

The provisions of Article 124 of the Constitution of India relating to the removal of a judge are accordingly structured in two parts [Sub Committee for Judicial Accountability: (1991) 4 SCC 699 @ 747-8].  The ultimate decision making on removal is vested in Parliament under clause (4) of the Article 124. But, the investigation into the allegations of misconduct is governed by clause (5) of the Article 124. The Constitution makers have consciously used the words “proved misconduct” in clause (4) of Article 124.

The implied mandate is that Parliament shall act only when the proved misconduct is reported. Therefore, it follows that Parliament is barred from conducting investigation and holding inquiry directly.  The role of Parliament has been limited or confined only to the decision on the question of punitive action namely removal of a judge based on the proven misconduct. Parliament cannot by itself investigate or inquire into the allegations of misconduct and record the finding of fact on misconduct. By this process, the politicisation is avoided deftly.

Parliament, in furtherance of the object, under clause (5) of Article 124 has enacted the Judges Inquiry Act, 1968. Under this Act of 1968, the right of initiation is exclusively vested in the Members of the Parliament (MPs).  But the institutional role of Parliament starts only after the misconduct is proved in accordance with procedure or due process enacted by law under clause (5).

If is this how the politicisation is avoided, the role of individual MPs arises for consideration because, only they have the right of initiation of the impeachment process under Section 3 of the Judges (Inquiry) Act of 1968.  Under the parliamentary system, the Council of Ministers representing the executive have a right to initiate the proposals as bill or resolution for the decision of Parliament.

However, Parliament while making law, namely the Judges (Inquiry) Act of 1968, has denied such right to the Ministers.  The right is only vested in MPs. But, then the question is – whether political parties can mandate their members who are MPs by a whip or advises. This appears to be constitutionally inconceivable as it runs contrary to the idea of vesting the right in MPs than the Ministers.

Hence, the recent move by group of political parties to initiate the impeachment motion against the Chief Justice of India through their members who are MPs, with the ruling political party members opposed the same — was a case of gross politicisation of the impeachment process. It a case of executive overreach, and was something which the founders of Constitution had assiduously had tried to avoid while drafting the Constitution.