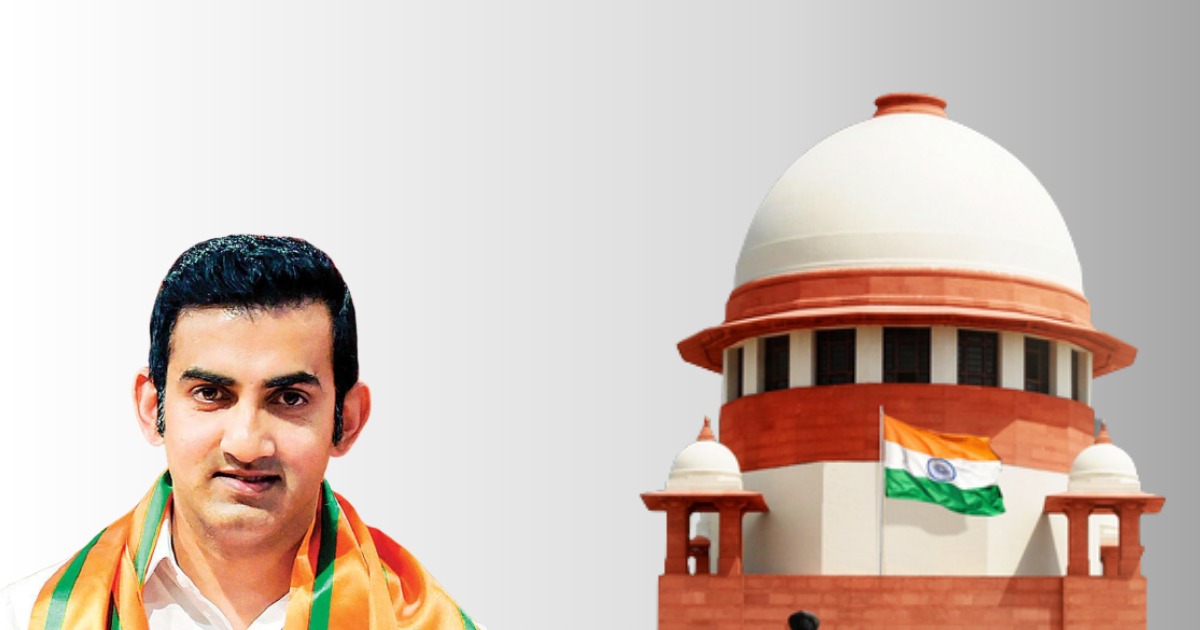 THE Supreme Court Monday turned down a plea from the Gautam Gambhir Foundation seeking to stay the proceedings initiated by the Drug Controller of Delhi against the Foundation in a case involving the hoarding of Covid19 drugs during the second wave.

“People were running helter-skelter for medicines, drugs etc. Suddenly a trust comes and says we will give you medicines. This is not done”, Justice DY Chandrachud, who was heading the bench, remarked.

The bench, which also had Justice MR Shah, asked the Foundation to approach the high court.

In May, the Delhi High Court had directed the Drugs Controller General of India (DCGI) to inquire into allegations of illegal procurement of a huge amount of FabiFlu by Bharatiya Janata Party member of Parliament, Gautam Gambhir.

Gambhir had bought the strips of FabliFlu on the prescription of one Dr. Sanjay Garg of Garg Hospital which he distributed in the presence of Dr. Maneesh of Garg hospital.

The high court had wondered how a chemist was able to entertain such a prescription in the absence of the name of the patient given that he was not a bulk supplier and had undertaken retail sales which had to be to a retail customer.

The Drug Controller found Gautam Gambhir Foundation guilty under provisions of the Drugs and Cosmetics Act for unauthorised purchase and procurement of Fabilflu and oxygen. The high court directed that action be taken against the Foundation as well as dealers who made unauthorised sales.

The high court was hearing a petition filed by one Deepak Singh seeking directions for the registration of a First Information Report(FIR)  and a Central Bureau of Investigation (CBI) investigation into what he alleged was a “medical mafia-politicians nexus”; detention of persons indulging in black-marketing of Covid-19 medicines as per the National Security Act, 1980; and disqualification of MPs and MLAs found to be hoarding and illegally distributing Covid-19 medicines.

The high court had also torn into the Delhi police’s preliminary report in which it found no case against politicians for allegedly hoarding huge stocks of medicines crucial for the management of Covid19.