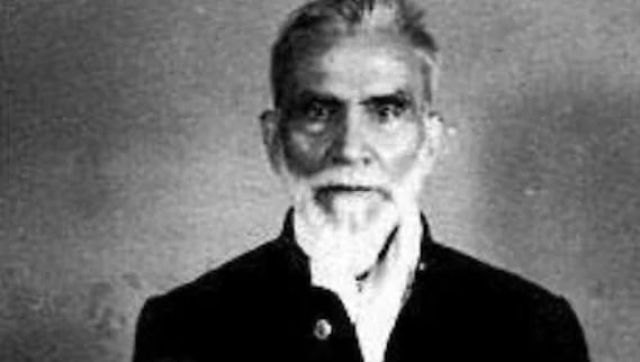 Raja Mahendra Pratap and the use of sedition law to quell dissent: history is repeating itself in independent India

Prime Minister Modi laid the foundation stone this week for a university named after Raja Mahendra Pratap Singh, the Indian freedom fighter. The irony of the situation was lost on no one, given that Mahendra Pratap faced charges of sedition and had his property confiscated by the British for his role in the freedom struggle. S.N. SAHU writes about the Modi government’s use of British era tactics to suppress dissent and the disservice it does to the legacy of the freedom struggle.

ON 12th September 2021, the Chief Minister of Uttar Pradesh Adityanath, made a highly undignified  statement, claiming that  before 2017, those who referred to their fathers as abba jaan had monopolized rations in UP. It was a divisive and false claim made intentionally to target Muslims and stoke communal division.

Three days after he made this malicious statement, the Chief Minister shared a dais with Prime Minister Modi in Aligarh, where the latter laid the foundation of a university named after Raja Mahendra Pratap Singh. The raja was a freedom fighter who adopted an inclusive approach and formed the first Provisional Government of Hind in Afghanistan in 1915 as its President, with Maulana Barkatullah  as Prime Minister, and Maulana Ubaidullah Sindhi as Home Minister. Their objective was to initiate jihad against the British regime and free India from colonial rule.

A highly respected figure in our history, Mahendra Pratap hailed from western UP. He donated land to set up the Aligarh Muslim University, where he studied. At the time, it was known as the Muhammadan Anglo Oriental College.

He also established the Prem Mahavidyalay in Mathura, which Mahatma Gandhi wrote about in Young India on 8th March 1928. He wrote:

“This creation of Raja Mahendra Pratap has a proud record and is one of the very few pre-non-co-operation institutions that were created and have lived without Government aid, recognition or affiliation. Like all such undertakings it has had to pass through many vicissitudes but has come out scatheless through them all. Recently it celebrated its anniversary. Dr. Ansari presided on the occasion. The report before me states that “the proceedings began with a takli demonstration and hoisting of the national flag by Dr. Ansari and singing of the flag-song by the volunteers of the Hindustani Seva Dal followed by Vande Mataram”.

For his role in the creation of the provisional government, he faced sedition charges.

When a university is being set up in Mahendra Pratap’s name, it is rather sad that the colonial era sedition law continues to be applied frequently in UP against numerous dissenters and critics of the Modi regime since 2014, with many languishing in jail without trial.

In the recent past, Chief Justice of India N.V. Ramana wondered how the sedition law, enacted in the colonial era to suppress the freedom movement and used to silence leaders such as Lokmanya Tilak and Mahatma Gandhi, could still find relevance seventy three years after independence. He went on to question why the sedition law has not been repealed despite the current government’s initiative to repeal obsolete laws.

Also read: Decoding the history of Sedition law in India

The  British regime, in addition to slapping sedition charges on Mahendra Pratap, confiscated his estates and property by enacting the Mahendra Pratap Estate Act in 1924, with a provision preventing his sons and grandsons from providing him maintenance. The confiscated property was handed over to his son after he provided an undertaking that he would remain loyal to King George V.

Mahendra Pratap went to the erstwhile Soviet Union as a guest of the Soviet regime under the leadership of Vladimir Lenin after the Bolshevik revolution established communist rule there. He interacted with him and other leaders such as Leon Trotsky.

It is well documented that Lenin hailed Lokmanya Tilak as a revolutionary and as the father of Indian unrest. He condemned the British regime in India when Tilak was arrested and demanded his release.

Raja Mahendra Pratap had the privilege of meeting him in 1918, and he referred to this meeting in some of his speeches in the Lok Sabha during 1957 and 1962 when he was a Member of the House. Lenin’s support to Lokmanya Tilak and Raja Mahendra Pratap, and his unequivocal stand in favour of India’s freedom struggle constitutes a fascinating aspect of our movement for independence.

It is tragic that the statue of Lenin in Tripura was dismantled when the Bharatiya Janta Party formed the government there in 2018. Such acts offend the legacy of India’s freedom struggle and the values for which our freedom fighters fought.

Apart from visiting the erstwhile Soviet Union, Mahendra Pratap also visited Germany, Japan, Turkey, and several other countries to garner support for India’s freedom struggle. He was in touch with Mahatma Gandhi throughout this period.

Gandhi disagreed with his methods, but admired his love for India and his dedicated efforts to free it from British rule.

In fact, Gandhi wrote in Young India on 4th July 1929, “Raja Mahendra Pratap is a great patriot. For the sake of the country, this noble man has chosen exile as his lot.“

In 1929, Mahendra Pratap sent a letter to Gandhi outlining the idea of non-violence. He wrote:

“Ahimsa, as I understand it, is not to give pain to anybody in mind or body by one’s thought, talk or action. However, to be a follower of this principle does not stop here. A follower of ahimsa has to change all those conditions under which himsa is practised or becomes possible. I call it worst kind of himsa, opposite of ahimsa, when a man tolerates or aids himsa of others. Many people in India today deliver some very fine sermons on the beauties of ahimsa; however, they do little to destroy the himsa of the British.“

“In the true spirit of ahimsa, I cannot force my will on others. Let everyone find out for himself what one must do. I can only point out the eternal truth that the Creator certainly wants the good of all his creatures…all the men and women…in our common human race. If any man or group acts selfishly and oppresses others he surely misuses his gifts and acts against the wishes of the Creator. I can only say: Let everyone try his or her best to destroy all himsa. This is ahimsa.“

Mahendra Pratap’s words – “In the true spirit of ahimsa, I cannot force my will on others” – are so intensely relevant in India today, given the country’s struggles with majoritarian violence. The present circumstances in India are diametrically opposite to Raja Mahendra Pratap’s composite worldview, one that was integral to the ethos of the freedom struggle.

For his support of Netaji Subhash Chandra Bose, he was arrested by British forces and handed over to the US Occupation army after Japan was defeated in the second World War. In 1946 he wrote a letter to Mahatma Gandhi, through Red Cross, requesting him to urge the Government of India to approach Japan to negotiate his release. Eventually, he was released.

Mahendra Pratap was critical of the Indian National Congress party and the Nehru government. He contested general elections in 1957 as an independent candidate, and was elected to the Lok Sabha by defeating Atal Bihari Vajpayee.

In 1960 the Nehru Govt introduced the Mahendra Pratab Singh Estates (Repeal) Bill in the Lok Sabha to rescind the Mahendra Pratap Estate Act. Before the Bill was taken up for discussion, the then Law Minister, A.K. Sen appealed to the Deputy Speaker for an extension of time for thorough deliberation and observed, “This is a fit occasion when the nation and the Parliament will acknowledge its deep debt of gratitude to a great patriot of India.“

This great freedom fighter is part of the folklore of western UP. He was progressive and forward looking. He talked about a world federation for world peace, and wrote that India could be a leader in establishing such a body. In that context, while participating in the discussion on motion of thanks on President’s Address at the Lok Sabha on May 14, 1957, he said that coexistence of all religions and harmony among them would be critical for the establishment of the world federation.

It is tragic that the problems faced by Mahendra Pratap during the British regime are now being faced by Indians who are swearing by the Constitution, standing for Hindu-Muslim fraternity, religious pluralism, expressing dissent, and protesting against legislations.

These legislations indicate Government intent, as opposed to legislative intent, as they were enacted by dispensing of the consultative and deliberative process of law-making process.

In his M.C. Chagla memorial lecture, Justice Chandrachud of the Supreme Court said that when deliberations get suppressed or censored “we would discern just one “truth” – one that is not challenged by us.” He then added, “Pre-legislative consultative process is an apt instance where deliberation between individuals has brought about impactful change.”

In completely skipping the pre-legislative consultative process, fertile ground is created for the imposition of government intent through the instrumentality of law. This is a form of violence.

Raja Mahendra Pratap’s properties were confiscated after he faced sedition charges following his heroic and historic action to form the Provisional Government of Hind in Kabul in 1915. When people in UP protested against the Citizenship Amendment Act, the Yogi government confiscated the properties of protestors and put their names on billboards . The actions of the state government are reminiscent of British actions against freedom fighters.

It has been speculated that the foundation of the Raja Mahendra Pratap University was laid by Prime Minister Modi because he hailed from the Jat community. This has been considered relevant because the Jat community is now spearheading the farmers’ agitation in western UP against three farm laws, and the BJP wants to appease the community in the run up to the UP assembly elections.

However, Mahendra Pratap had never used his caste affiliation for political purposes. He had always stressed on his national identity, as opposed to his Jat identity. He had said in the Lok Sabha on May 14, 1957 that he happened to be Jat because of his birth in that community. But he added that the Jat community in which he was born remained more aligned to Jat Sikhs than any others.

The reduction of a great freedom fighter to his caste identity just to appease the Jats of western UP for electoral purposes disrespects his contributions to the freedom struggle. We need to go beyond narrow electoral calculus and uphold the legacy of the freedom struggle to which Raja Mahendra Pratap richly contributed.