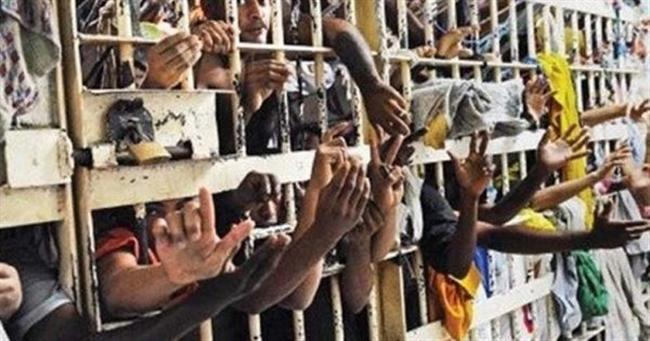 THE Supreme Court today issued notice to the central government seeking a reply from it on how the government is going to tackle the overcrowding in jails and filling up of vacancies in prisons across India.

While noting down two preliminary reports of Roy committee, CJI Bobde said “the number of vacancies should be filled up. States should wake up to do it”.

“Overcrowding is connected to the performance of courts that is something we have to tackle, and we would do it”, added CJI Bobde.

The court was hearing a plea relating to the inhuman condition in 1,382 prisons across in India.

The apex court, on September 25, 2018, directed to constituted a three-member committee headed by former Supreme Court Judge Justice Amitava Roy to look into issues of reforms in prison administration and management.

The court also set the “Terms of Reference” of the committee and asked it to submit its recommendation on priority on three issues viz.: Implementation of the Guidelines contained in the Model Prison Manual 2016; Implementation of the Parliamentary Committee report ‘Women in Detention and Access to Justice’ and advisory issued by the Ministry of Home Affairs; and Review of two training manuals for prison personnel prepared by Bureau of Police Research & Development.

The direction was passed by a three-judge bench comprising Justices Madan B Lokur, Abdul Nazeer and Deepak Gupta in a suo motu writ petition Re – Inhuman Conditions in 1382 Prisons.

The court allowed the writ petition to be revived and listed as and when required by the amicus curiae Gaurav Agarwal.

The report said that overcrowding in prisons is due to the fact that nearly 68 per cent of under-trials (as of December 2016) are waiting for investigation, inquiry or trial.

The report found vacancies to be a major challenge in the three institutions of the criminal justice system, namely police, prisons and the judiciary.

The report stated India ranked 15th out of 217 countries in under-trial incarceration.

The report also pointed out that 19 out of 35 states and union territories spent on an average of Rs 2,500 per month per inmate on food, clothing, medical, vocation and welfare activities.

Despite several judgements and directions of the Supreme Court and numerous recommendations of the various Committees on prison reform, the conditions in prisons in India continue to deteriorate.