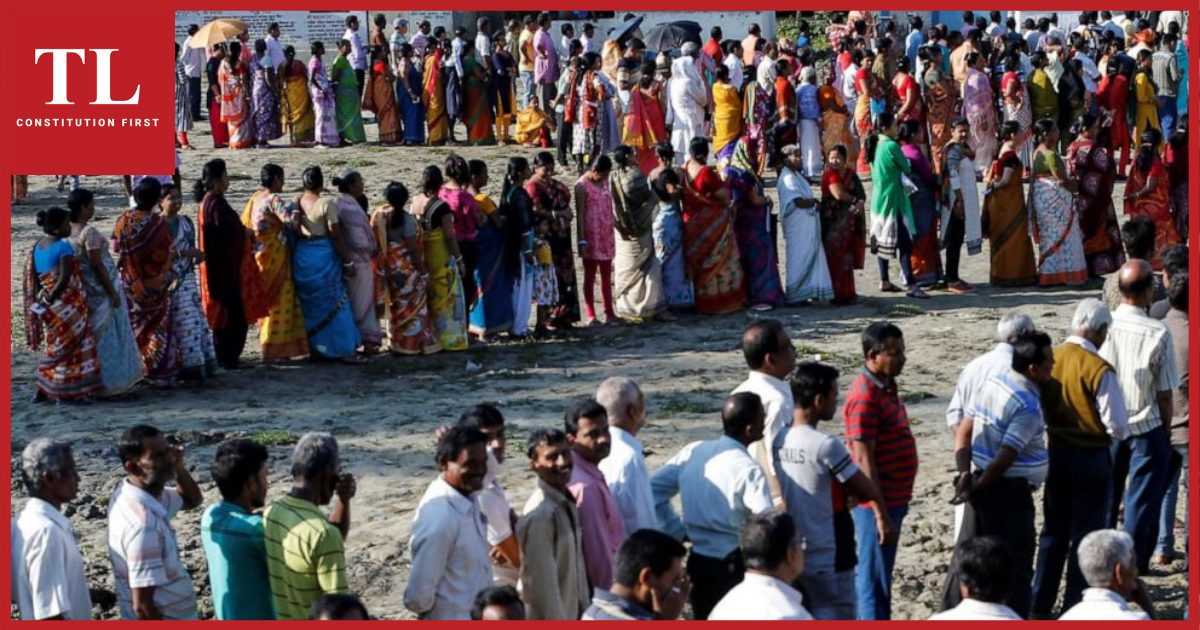 Only Collective Leadership Can Raise Issues that Matter

Political agendas tilt towards a handful of social groups, whose perspectives define the fate of millions of voiceless masses. Under these circumstances, non-female identities are given prominence in politics, perhaps because they are predominantly extractive, exhibitionistic, and oppressive in their leadership styles, writes SAMHITA BAROOAH.

DEMOCRATIC leadership is a far cry away from Indian politics. Leaders say, ‘people decide’. But people say that leaders decide for them. Thus our elections indeed one more festival—of money, power twists, and muscle-pulls!

Still, an election can be a huge opportunity. It can be a transformative exercise if it is played fair. However, fair-play would be seen as too disruptive in our era of technology invasion, social-distancing, cyber-bullying, and neoliberal proto-fascism.

Alliance and coalition politics have worked in a diversity-rich country such as India: the National Democratic Alliance, United Progressive Alliance, Mahagathbandhan, and the Mahajut have all paved the way for collective leadership strategies for Indian politics.

However, even though autonomy, independence, self-sustenance, and decentralisation are the intrinsic motivators for such alliances, the extrinsic motivators are still money, power, fame, and personal ambition.

Our textbooks say that the decision to vote for any leader or outfit is a very personal choice. However, voting has also become a collective herd compulsion. Through it, voters now choose between a boiling pot or a frying pan.

I remember that during the 2014 Lok Sabha election, a newbie BJP worker messaged me a thank-you note for voting for our  Prime Minister. I kept wondering why I was sent such a message. If any voter who gets such a message would reply to it affirming his or her choice, they would become a part of the BJP’s vote bank. And if they do not reply to the message at all, then they become opposition-party targets.

The right to self-determination and the right to the confidentiality of ones’ vote does not hold much ground in this context.

Gone are the days of being fence-sitters or mute spectators to politics. Today’s culture is inclined towards manufactured consent. Whether it is through social media, mobile phones, or mass media, our consent is constantly sought—through our likes, page visits, and subscriber polls.

Votes are also traded before elections even begin, between various independent, indigenous, and minority leaders.

Overtly, it would seem as if political parties are invested in building national solidarity but in reality, they are building their own economic growth through the state machinery. Every public authority today seems positioned to implement the lopsided policies that promote the private growth of corporate giants.

Politics is meant to satisfy both the immediate and future needs of people. That is why it must target equitable and collective development along with social dignity. But today’s politics is about a few power-hungry people jostling for positions, who practice majoritarianism blindfolded. herding people towards a consumeristic economy without any concern for the natural commons.

Political power rests with anybody who can extract from nature, trade nature’s bounties with the highest bidders, and enslave the indigenous people in exchange for cash incomes and superficial identities.

Political decision-making and power-sharing are never gender-inclusive. Non-female identities are given prominence in politics, perhaps because they are predominantly extractive, exhibitionistic, and oppressive in their leadership styles.

It is also not considered pragmatic to vest power in diversity-oriented leadership. Leaders have to be either sacrificial goats for the sake of the ethnic identity or they have to be money-laundering machines through diverse ‘legitimate’ means. Otherwise, it seems, even being a political super-achiever has no credibility.

Ironically, it is voting that determines every malady that state power brings to a people.

People are manipulated to believe they can change regimes through their vote when in reality it is the regimes that change to cheat people through the mirage of legitimacy.

Politics used to be ethical, ideological, inclusive, and socio-culturally equitable in earlier times. Today it is all about calculated management, AI, paid media, drone-monitoring, and it is replete with divisive tactics to manipulate power through business and trade deals.

No candidate can run for elections without money (and show strength through public money). The power-play of political polarisation—always in the name of democracy—can be vividly observed. And these polarities have shattered every relationship of difference and diversity.

In the context of Assam, freedom used to be the connector of diverse communities here. In fact, autonomy and territorial councils have emerged from such perceptions of freedom. Self-sufficiency, self-respect, and the self-expression of identities of diversity used to be the binders of our understanding of Assamese society.

Today, the assertion of freedom has us being confined to prisons, at-home surveillance, social control, strategic isolation, and character assassination. The power to frame policies and claim leadership over people rests with those who were assigned as “male” at birth, and those with monogamous, cis, celibate identities, that are embedded in religious ritualism.

All others are literally fence-sitters; voters whose lives are entwined and under the debt of the patriarchal superstructures.

Agender, asexual, apolitical, atheistic, and agnostic identities are not even counted as human beings. Yet, it is they whose views, contexts, and lives depend on the majoritarianism sanctioned by religious, economic, ideological, and gender-stereotyped notions.

Political agendas remain tilted towards the views of one or two communities whose perspectives define the fate of millions of muted masses who do not have a voice.

Under these circumstances, should voting be a strategy to resist an enforced debt, an unrepayable loan, a borrowed identity? Or should it be a determinant of the post-conflict status quo?

The decision will lie in how much freedom of choice voters have, to vote based on election manifestos, issues of public concern, and based on practical interventions that matter to their lives. If there is a drought and a political party promises to bring a pipeline to provide water that may mean immediate relief to people—but what about the regeneration of the source of the water pipeline source?

In reality, we are rushing to get immediate relief from perennial problems without any foresight as to the emerging blackholes of enslaved nationalism, religious competitiveness, ethnocentric tribalism, feudal casteism, and oppressive gender bias.

Can such honest critical concerns be raised by any political party’s leaders? Can they work for a common future that gives hope, especially during this pandemic, to people who matter? Or will they just engage in a festive fanaticism of hopeless politics?

After all, politics has the power to collectivise people on common issues.

And collective leadership alone can ensure sustainability, for it alone can decide whether the issues emerging out of politics are mutually beneficial and socially relevant, or not.

(Dr. Samhita Barooah is a Social Work Educator at Tezpur University and QueerUp Founder. The views expressed are personal.)