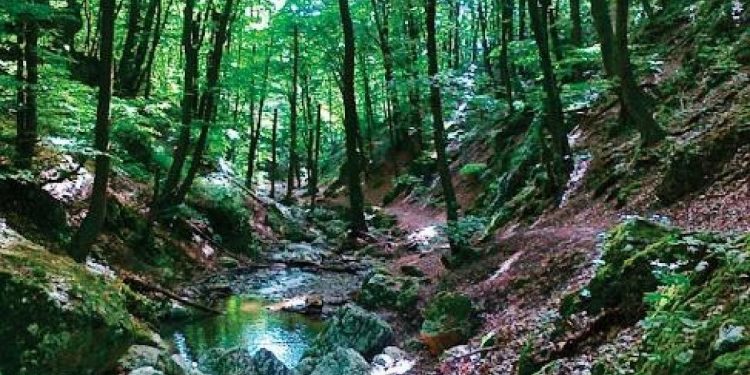 ABOUT 50 poor labourers belonging to the Scheduled Tribes (ST) category from Tamil Nadu were allegedly lured into the forests in Kadapa district of Andhra Pradesh in the last week of November by red sandalwood smugglers. Subsequently,  they were captured, illegally detained and tortured by the district Forest Department officials, resulting in the death of two labourers, a 64-page fact-finding report released by Tamil Nadu-based human rights organisation, People’s Watch, has alleged, on Monday.

According to the report, the district Forest Department officials captured and took custody of a van at midnight on November 25 in Kadapa district carrying about fifty labourers. As one of the forest officials drove the van, the labourers from Tamil Nadu jumped in order to escape and suffered injuries with two of them dying, as a result.

Findings of the report

The findings of the report disclose that these labourers, belonging to a Scheduled Tribe, in the Dharmapuri district of Tamil Nadu, travelled to Andhra Pradesh for wage work on November 21. They were first assembled in the outskirts of Hosur, where they were loaded into a small lorry by their handlers. They were essentially trapped in a cramped space, with no light, ventilation, food, water, sitting space or bathroom breaks, crammed like livestock, as the lorry drove on for seven-eight hours overnight, without any stoppage.

They reached their destination – a dense forest in Andhra Pradesh – during the early morning of November 22, when they were provided breakfast and asked to cut trees. For the next three days, the labourers were put to work in inhumane conditions, being made to cut trees and walk without food or proper sleep, the report alleges.

On the night of November 25, the labourers were loaded into a van, completely covered with tarpaulin to hide their presence, which also prevented them from being able to see outside. The van was spotted and followed by the district Forest Department officials. As the driver of the van realized this, he warned the labourers of the same, stopped the van and ran away, sometime during the night on November 26.

The forest officials seized the van and attacked the captive labourers, and one of them started driving it, without adequate security arrangements for the labourers loaded in the van. Several of the scared labourers jumped off the speeding van in order to escape, resulting in injuries to thirty of them, and two of them dying.

As per the report, only a few of the thirty injured labourers were admitted by the officials for treatment to the nearest public hospital. One of the injured victims even left the hospital without the doctors’ permission, allegedly due to pressure from the police and the Forest Department officials.

Several alarming irregularities in the conduct of the police

The report discloses several irregularities in the police’s conduct in subsequent events. First, the body of one of the deceased, Raman, was transported all the way to Dharmapuri, which is 350 km away, where it arrived on the morning of November 27.

Neither the police from Andhra Pradesh or Tamil Nadu, nor the Kadapa Forest Department officials admit to having transported his body, nor do they have any record of who could have done the same. People’s Watch lodged a complaint with the respective officials to take immediate action against this illegal movement of a corpse, but no material action has been taken in this regard by the police to date.

Second, the police’s conduct with regard to the other deceased, Balakrishnan, gives rise to grave suspicions. His body was brought to the closest public hospital, which is 8 km away from the accident spot, three hours after the accident, with no explanation of the delay. He was dead by the time he was brought to the hospital.

The labourers, belonging to the Scheduled Tribe community, were transported like livestock, in a cramped space with no light, ventilation, food, water, sitting space or bathroom breaks for seven to eight hours.

The first information report (FIR) registered by the police relating to his death, under Section 304A (causing death by negligence) of the Indian Penal Code, does not contain any information about the deceased. Even at the hospital, his body had been registered as one without an identity or address. In spite of the same, the police conveyed the information about his death to his family members and directed them to come to the taluka to collect his body. However, the police then buried his body before his family members arrived.

His wife, son and some others arrived at the government hospital on November 29, where they were made to wait for several hours by the police. When People’s Watch visited the local police station on November 30, the station sub-inspector refused to provide its members with any information about Balakrishnan’s death. In the evening, the police hastily dug up his body to show it to his wife. All of this, the report alleges, raises doubts about the exact cause of Balakrishnan’s death, and whether the police, in collusion with the district administration and the Forest Department, were trying to cover up material facts about his death. The report also raises the possibility of Balakrishnan being killed by State officials.

Third, one of the injured labourers was picked up by the police from the government hospital on November 25, and, along with three other labourers picked up from other spots, handed over to the forest officials who allegedly illegally detained them for two days before remanding them in the local court on November 28 and then lodging them in Kadapa Jail.

The report divulges that poor tribal people living in the remote hilly areas of the Dharmapuri, Salem and Kallakurichi districts of Tamil Nadu are denied subsistence farming. Their desperation to earn a livelihood is exploited by the sandalwood smuggling mafia, who engage them in illegally cutting trees from nearby forests. This is done with the tacit assent of the district police and intelligence teams, that don’t take any legal action to detect or prevent the said mafia from operating.

The report also reveals that in spite of this incident being reported on, in the electronic and print media, none among the Tamil Nadu Directorate of Tribal Welfare, the union or state Tribal Welfare Departments, the National Scheduled Tribes Commission, the National or state or district Legal Service Authority and the Taluk Legal Service Committee have taken cognizance of the matter, acted on it, or reached out to any of the victims or their family members.

The findings of the report conclude that the arrest, injuries and deaths of the labourers were conspired and executed in tandem by the local police, district administration and forest officials.

Recommendations in the report

The report carries a slew of recommendations. The primary one is to award compensation of INR 10,00,000 to the families of the two deceased labourers and give a suitable government job to one member of each family. It also recommends that the Tamil Nadu Chief Minister set up a committee to inquire into the entire incident, and a Special Investigation Team to register a case, investigate into the matter and book the Andhra Pradesh police and the Forest Department officials under the Scheduled Caste and Scheduled Tribe (Prevention of Atrocities) Act, 1989.

It also recommends the empowerment of tribal communities in the Dharmapuri, Salem, Kallakurichi, Tiruvannamalai and Tirupatur districts of Tamil Nadu through research into their socio-economic status, concrete actions to promote their right to life and livelihood, sensitising them about red sandal smuggling, education of the women and children in their communities, organising periodic camps for them to speedily enrol themselves in beneficial government schemes they are eligible for, and the special attention of the district legal service authorities in order to get free legal aid.

The People’s Watch report divulges that the said poor people from tribal communities in Tamil Nadu are denied subsistence farming and exploited by the sandalwood smuggling mafia for illegally cutting trees in tandem with the local police and intelligence teams.

Finally, it recommends immediate recognition of, and action against, red sandal smugglers and their agents operating near the Tamil Nadu border.

Click here to read a summary of the findings and recommendations of the report by the People Watch’s fact-finding team.

(Vineet Bhalla is a Delhi-based lawyer, and Assistant Editor at The Leaflet.)