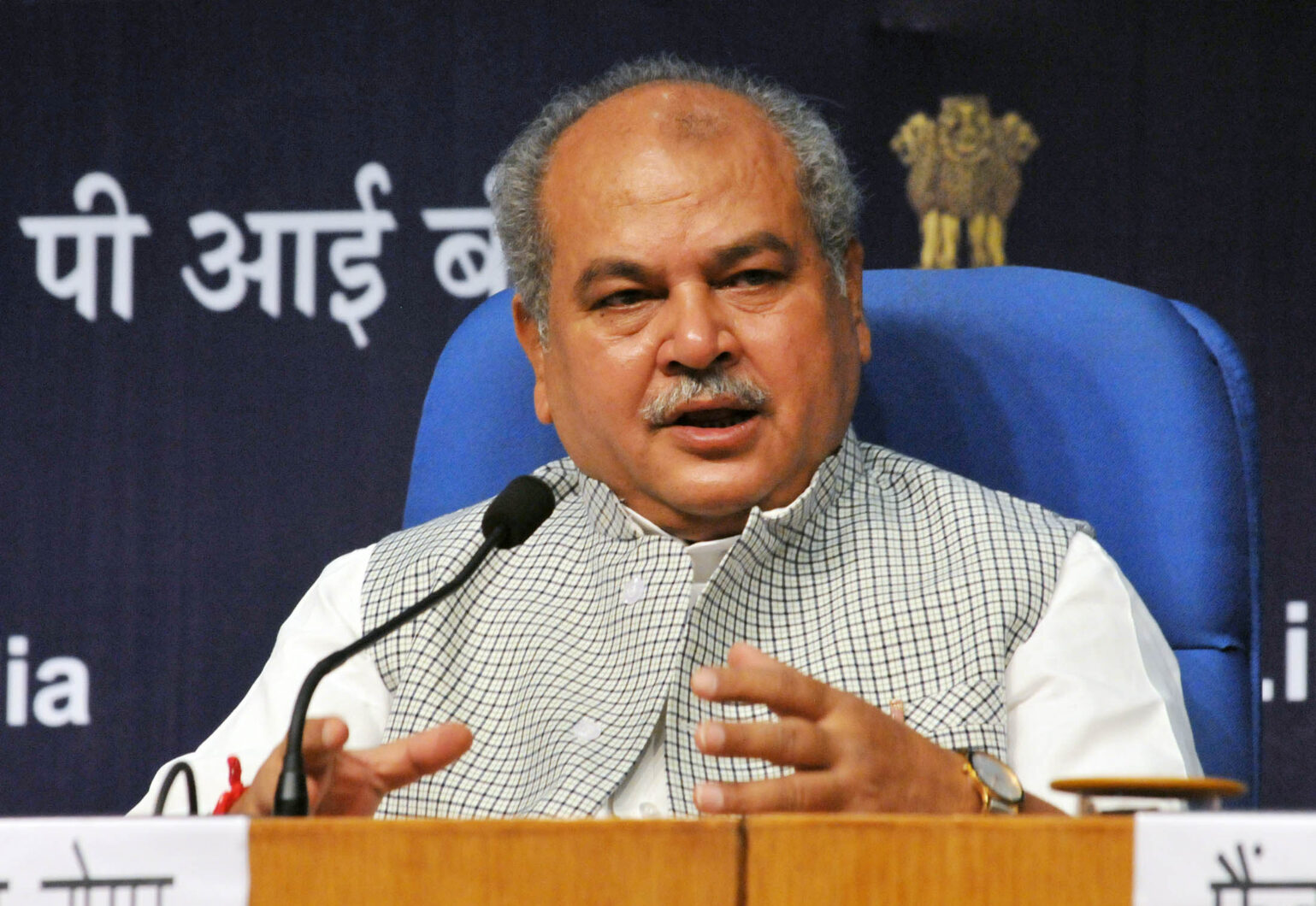 Monsoon Session 2020: What is the conflict between Government and Farmers over the Farm Bills?

Farmers in Punjab and Haryana have been protesting against three ordinances promulgated by the Centre on June 5, 2020. Since the Monsoon Session of Parliament began this week, the government has introduced three Bills to replace these ordinances. The Lok Sabha passed these bills amidst large scale protests. The bill was cleared through a voice vote in the Rajya Sabha on Sunday amidst heavy opposition.

Harsimrat Badal, the Union Minister for Food Processing Industries and member of Akali Dal which is BJPs close ally, resigned from her post as Minister in protest over these bills.

The Farmers’ Produce Trade and Commerce (Promotion and Facilitation) Bill, 2020 and The Farmers (Empowerment and Protection) Agreement on Prices Assurance and Farm Services Bill, 2020 were discussed together in the parliament during this session. The Essential Commodities (Amendment) Ordinance, 2020 Bill was passed by the Parliament’s upper house today. What do the Bills and Protesters have to say?

The first bill seeks to allow barrier-free trade of farmers’ produce outside the physical premises of the markets notified under the various state Agricultural Produce Marketing Committee laws (APMC Acts).  The Bill will prevail over the APMC Acts in the area outside such markets.

The aim is to increase the availability of buyers for farmers’ produce, by allowing them to trade freely without any license (from informal commissions etc.) or stock limit, so that an increase in competition among them results in better prices for farmers. Critics argue that this measure alone is not enough and that there is a need to create a free and accessible market for all kinds of farmers. This is the first step towards a well functioning farmers’ market.

One of the primary goals is to create a fair and free market for small farmers from remote villages of the various states, who are often exploited by middlemen, the trade cartels, the high commissions etc.

Farmers (Empowerment and Protection) Agreement on Prices Assurance and Farm Services Bill, 2020 creates a framework for contract farming through an agreement between a farmer and a buyer prior to the production or rearing of any farm produce.  It provides for a three-level dispute settlement mechanism: the conciliation board, Sub-Divisional Magistrate and Appellate Authority.

Simply put, this would mean that existing mandis established under APMC Act have been excluded from the definition of trade area under the new legislation. The government says the creation of an additional trade area outside of mandis will provide farmers the freedom of choice to conduct trade in their produce. However, the protesters say that this provision will confine APMC mandis to their physical boundaries and give a free hand to big corporate buyers, which is a potential recipe for exploitation of farmers.

The farmers believe that the APMC mandis have been functioning well so far and are benefitting several hundred villages (in Punjab). This is contrary to what the government committees have noted about the APMC mandis not working to their full potential.

According to the Ministry of the Agriculture and Farmers’ Welfare, with the enforcement of the Acts any trader with a PAN card can buy the farmers’ produce in the trade area. A trader can operate in both an APMC mandi and a trade area. However, for trading in the mandi, the trader would require a licence/registration as provided for in the State APMC Act.

In the present mandi system, arhatiyas (commission agents) have to get a licence to trade in a mandi. Its a traditional system predominant in Punjab and Haryana. This kind of commission regime is what the government is trying to break through the new provisions of the Act.

The Essential Commodities Bill allows the Central Government to regulate supply of certain food items only under extraordinary circumstances (such as war and famine).  Stock limits may be imposed on agricultural produce only if there is a steep price rise. The law essentially removes cereals, pulses, oilseeds, edible oils, onion and potatoes from the list of essential commodities.

What are the views of Members of Parliament on the Bills?

The Akali Dal, the BJP’s closest and oldest ally,  has vehemently opposed the bill, along with several opposition parties.

The bills were heavily criticised on the grounds that they take away the state’s power and that the corporates will act in their own interest which will ultimately lead to the injustice to the farmers. The opposition also hit out at the bills by saying that these would curb revenue generation by the states. The states can no longer impose cess and fees to generate revenue. The Essential Commodities Bill was criticised mainly on the grounds that it was designed without the due consultations with the farmers organizations. President of the Shiromani Akhali Dal,

Sukhbir Singh Badal also expressed his concerns over this bill during the debate in the Lok Sabha. The farmers fear that the multinational players would initially offer some lucrative deals and later on dominate the market to the detriment of the farmers, he said. Opposition leader Adhir Ranjan Choudhary of the Congress said that the Parliament lacks legislative competence to legislate on ‘Agriculture’ and ‍‘Markets‍ and ‍Fairs’‍ which are State ‍subjects‍. ‍‍He emphasised that Article 246 (3) of the constitution clearly empowers the state legislatures to make laws on any matters that are enumerated in the state list. ‘Interstate’ trade is covered in Entry 26 of the state list and hence the legislative competence is exclusively of the state governments, he added.

Trinamool Congress (TMC) MP, Prof. Saugata Roy also heavily criticised the bill by saying that the worst affected states through this act will be the states that have invested heavily in public procurement and assuring Minimum Support Prices to farmers. These are Punjab, Haryana, Madhya Pradesh and Chattisgarh. This will dilute public procurement, public distribution system, MSP principle, and food security.

Farmers are viewing this bill as an attempt to jettison the MSP mechanism and procurement by the government, he said.

Congress MP Shashi Tharoor opposed the bill by emphasising that it directly violates the basic principle of federalism. It is beyond the parliament’s legislative competence to frame laws on this aspect. He added that the bill violates the right to food of the people of the country which is recognised as part of the fundamental rights by the Supreme Court.

Congress MP from Punjab Partap Singh Bajwa termed the farm bills as ‘ill-conceived’ and ‘ill-timed’. “We will not sign this death warrant of farmers. Agriculture markets are a state subject. APMC and MSP should not be tinkered with,” he said. “Why can’t you start this from Gujarat first? If it is a success, others will follow,” he added.

Derek O’Brien of the Trinamool Congress vehemently opposed the bills and suggested the bills be examined by a Select Committee. He said the opposition is not just against the Minimum Support Price but in fact the opposition is against the entirety of these bills. The PM’s target of doubling farmers’ income would take till at least 2028 and not 2022 as envisioned, he added.

However, Union Agriculture Minister Narendra Singh Tomar defended the Bills in Rajya Sabha and asserted that the Minimum Support Price mechanism will continue and will not be impacted by the two legislations. Tomar during his Lok Sabha address had also assured that these new legislations would not encroach upon the Agriculture Produce Marketing Committee (APMC) Acts of the states.

Mahua Moitra of the TMC, specifically hit out at the bill’s ambiguities on significant issues. She pointed out that the bill is silent on price protection. Nowhere in this new Bill has it been explicitly mentioned that the Minimum Support Price mechanism will be respected, she added.

(Jithendra Palepu is a final year LL.B student at Symbiosis Law School Pune and is currently an intern at The Leaflet.)