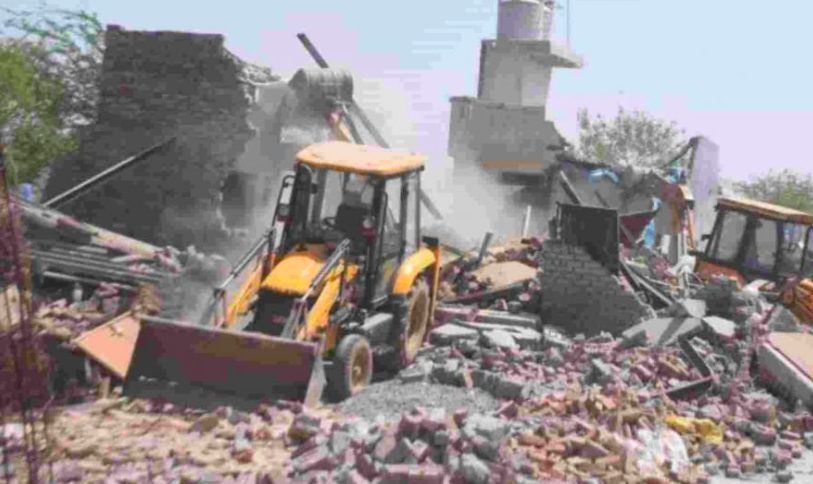 In a recent hearing of the Supreme Court, residents of Haryana’s Khori village, which witnessed the demolition of over 10,000 houses, appealed to the court to expand the eligibility criteria for rehabilitation. The residents are continuing to struggle for their right to housing and shelter.

A bench comprising Justice AM Khanwilkar and Justice Dinesh Maheshwar heard the petition filed by the residents. The Faridabad Municipal Corporation has stated that until September 15, 2391 rehabilitation applications were received, out of which 892 were prima facie found eligible. Out of this, about 302 have informed the office about taking an interim allotment letter. The court told the counsel for the municipal corporation that not many people would be able to pay Rs 17,000, the amount fixed for the allotment procedure.

Senior advocate Sanjay Parikh intervened during the hearing in the apex court and questioned why the Municipal Corporation of Faridabad received a small number of applications. He argued that the resettlement policy for Khori village had been prepared based on Pradhan Mantri Awas Yojana (PMAY) but did not consider identity documents like the Aadhaar card, bank account, and any other unique identification details. Similarly, ID documents like passport, PAN card, driving license etc. should also be accepted for proof of identity along with Aadhaar.

Speaking to NewsClick, Activist Vimal Bhai, who has been working with the communities on the ground, explained the legal development. He said, “The eligibility criteria for rehabilitation had been made severely restricted to ensure a limited number of people could only claim housing under the rehabilitation policy, we pointed out that since the policy has been drafted under the Prime Minister’s housing policy, similar eligibility criteria need to be accepted.” He further said, “There are three issues at play here, first being the issue of there being no survey, then the demolition, and the third and the most important one is the eligibility issue; here, the government is asking for electricity bill by the state, which the residents could not show as it was forest land and there were no records of electricity. As far as the family’s ID card is concerned, people do not have that either since the policy has come in only recently. There is an effort to restrict rehabilitation.”

Only 2,000 flats are up for grabs, out of which more than 200 flats have already been allocated to other people. This leaves little room for a large number of Khori residents.

Speaking to NewsClick, Rekha, a resident and petitioner in the case said, “There are glitches in this rehabilitation process. Some people had registered themselves for rehabilitation, but when they went over to the designated Radha Soami centre, their claims were rejected. However, their names were shown on the MCF website. It is confusing and hard for the people to claim rehabilitation.”

Some residents also held a day-long protest against the proposed rehabilitation policy. “Currently, we are being provisionally allotted houses in the nearby Dabua and Bapu Nagar colonies. But those houses are completely dilapidated and uninhabitable,” said Govada Prasad, a member of the Mazdoor Awas Sangharsh Samiti, Khori Gaon.

The assembled residents argued that the rehabilitation policy is restrictive and holds an arbitrary eligibility criterion, which excludes more residents than it includes. In their demand memorandum, the residents submitted that the allotment of properties must take place without payment of any money.

Since a lot of the working-class families residing in Khori Gaon had ID proofs with Delhi addresses, they were being excluded.

Previously, the Supreme Court had also pulled up the Haryana government as it had planned to complete the rehabilitation process in the first half of 2022; the court said that it needed to be done sooner. The date of processing rehabilitation applications is now fixed on November 15, 2021, following which the applications will be processed and drawing of lots will be done on December 2.

An independent assessment by lawyers and activists had also shown that the conditions in which the residents were living were extremely poor. They had also sought a response over the conditions. “Most residents have refused to vacate the site as they have no other place to go. Despite heavy and incessant rains, most were forced to live at the demolished site itself, as the temporary shelter promised by the Municipal Corporation of Faridabad was far from adequate,” the report stated.