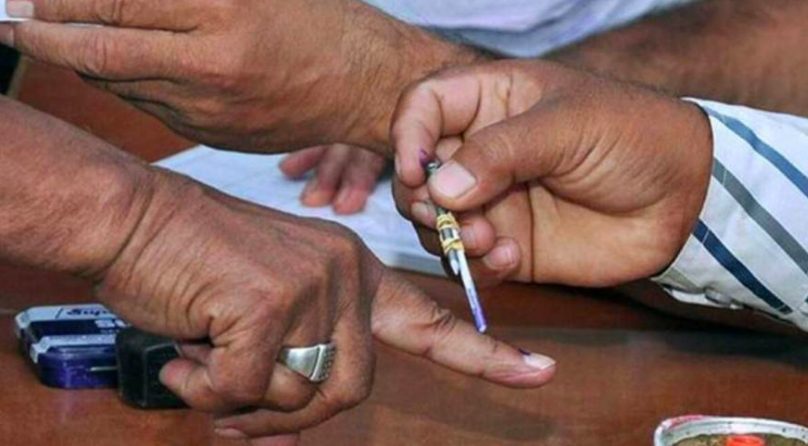 J&K: An Inert Administration Continues to Obstruct the Democratic Process in the UT

The abrupt announcement of District Development Council (DDC) and panchayat by-polls last year in Jammu and Kashmir by the Centre paved the way for resuming political activities in the Union Territory after a gap of almost two years. These elections seemed to break the political impasse after the abrogation of Article 370 and 35A. There was hope for some solace to the people. It was anticipated that the total control of the bureaucracy over public affairs, and the freezing of the democratic process might come to an end with the conduct of these elections. Public representatives, with their election, would bring accountability, transparency, and responsibility to the system.

The completion of the much-hyped three-tier Panchayati Raj institution in J&K, however, is now slowly losing its significance due to the arrogance of the bureaucracy and its arbitrary working style. The institution, which on paper is supposed to strengthen grassroots level democracy, keeps getting bypassed by the authoritative functioning of bureaucracy time and again. Administrative heads do not bother to discuss development plans and their formulation with the public representatives. In fact, the latter are not even informed about the programmes held in their respective constituencies.

Can these administrative heads be held accountable? It is not that the current legal framework gives them impunity to ignore public representatives; rather, it is corruption and arrogance that has taken first preference. The real essence of the implementation of progressive legislation of the past remains limited to files. It is pertinent to mention here that according to the 73rd, and the 74th Constitutional Amendment Act (1992), states /UTs are expected to devolve adequate powers, responsibilities and finances upon panchayat bodies (Halqa panchayat, BDC, DDC) so as to enable them to prepare plans and implement schemes for economic development and social justice. The three-tier Panchayati Raj proposed by the Acts was completed after the successful conduct of last year’s DDC elections.

Unfortunately, given the frequency with which public representatives are ignored, these unpleasant and unfortunate occurrences show no signs of dying out. What is more ironic and contradictory is the Centre’s chest-thumping over the process of peace and development in J&K. It is loudly proclaimed how the UT has taken long strides in a very short span of time. Nonetheless, public representatives openly showing their discontent with the system has proved that the Centre’s propaganda is shallow and a hoax.

The basic unit of the Panchayati Raj institution is the gram panchayat, and its strengthening would be achieved through people’s participation in local development and planning. Gram sabhas and gram panchayats play a vital role in the overall development of the panchayat. People’s participation would bring transparency, responsiveness, equity, effectiveness, efficiency and accountability. The real purpose of the Panchayati Raj institution would then be served in letter and spirit.

There has to be a change in the working style of the administration. Organising awareness programmes about different schemes, and formulating developmental plans at the village level should be the first priority. But unfortunately, past practices continue and a handful of people decide the future planning of villages.

It is repeatedly argued that public representatives and administrative heads need to develop compatibility to work in unison for the general public benefit. Almost nine months have passed since the elections but such compatibility is yet to be seen on the ground. Elected public representatives are facing many problems: from lack of proper accommodations to security cover, and the bumptiousness shown by the administration that adds more pressure on them. Om Birla, Lok Sabha speaker, on a visit to Anantnag district said, ” I have held discussions with representatives of DDC, BDC and panchayats of Anantnag district. I feel very happy to know that the people of this region are continuously working to strengthen the democratic system despite so many challenges.” This assertion of the hon’ble speaker clearly signals that the elected public representatives are continuously working hard to reach out to the people to strengthen the grassroots level democracy in a very difficult environment.

But the challenges faced by elected representatives continue unabated and are pushing them to the wall. Recently about 50 sarpanch and panch belonging to Banihal and Ramsu blocks submitted their resignations en-masse to the concerned Block Development Council chairpersons alleging that they were being ignored and that they faced unnecessary delaying and interference in developmental works. For them, the so-called implementation of the 73rd Constitutional Amendment Act was proving to be a cruel joke.

The point is not merely about the resignation of elected representatives which is obviously pernicious for the democracy, but more so about the way bureaucracy treats these representatives and makes a mockery of democracy. If the authoritarian functioning of the bureaucracy does not come to a halt, the Panchayati Raj system in J&K will simply cease to exist.

The writer is a leader of CPI(M) and currently a member of DDC from Kulgam.