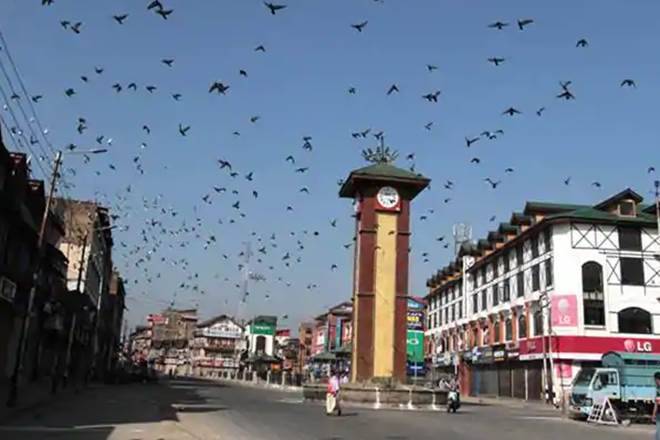 With the merging of the J&K cadre with the AGMUT cadre, the government has achieved what it wanted—the full integration of the state with the rest of the country. The BJP has always waged a campaign around the slogan that one country can’t have two constitutions, two prime ministers and two flags. It finally achieved its objective on the strength of its majority in the Lok Sabha, exposing it to the charge of disregarding the opinion of the people of J&K and the terms of the Instrument of Accession, writes PUSHP SARAF.

AFTER the accession of J&K with India, it took 15 years for the first direct recruit to its cadre of the IAS to be appointed. But what has happened now is in marked contrast to this. It has taken 17 months to altogether abolish the cadre. This was done after Parliament gave its nod to the Jammu and Kashmir Reorganisation (Amendment) Bill, thereby merging the J&K cadre with Arunachal Pradesh, Goa, Mizoram, Union Territory (AGMUT) cadre, popularly known as the UT cadre, even though the three states are full-fledged states. The Rajya Sabha passed the Bill by a voice vote on February 8, and the Lok Sabha on February 13.

The Amendment seeks to replace an ordinance promulgated by the president on January 7.  The ordinance altered the original J&K Reorganisation Act of August 5, 2019, to the extent of removing the provision for the retention of the J&K cadre while providing for new appointments from the UT cadre.  There will be only one UT cadre now. The Act of 2019 had downgraded and split the state of J&K into two UTs–J&K with a legislature and Ladakh.

J&K has had a chequered history. This was marked by a delayed and conditional accession and a grim battle of political perceptions on how to strengthen the emotional integration of the state with the rest of the country.

Looking ahead, early restoration of the statehood of J&K seems unlikely. Union Home Minister Amit Shah assured the people of J&K while replying to a debate in the Lok Sabha on February 13, that there was no link between the Bill and the restoration of statehood. This, he said, would be done as soon as there was a proper environment. A clear picture may emerge after the assembly elections for which an initial exercise for the delimitation of constituencies has begun.

It is well-known that Maharaja Hari Singh was keen to retain the independent identity of J&K. He had offered Standstill Agreements to both India and Pakistan in 1947 “on all matters on which these exist at the present moment with outgoing British Indian Government”, “pending settlement of details and formal execution of fresh agreements”. However, the tribal invasion from Pakistan left him with little choice but to settle for accession with India rather late in October 1947. The accession was conditional and limited to defence, external affairs and communication, with a commitment by the Indian government that “as soon as law and order have been restored in Kashmir and its soil cleared of the invader, the question of the State’s accession should be settled by a reference to the people”.

The first person from J&K to directly qualify for the IAS, Shivanath, became a casualty of the conditional accession. He was debarred from joining the coveted service in 1949 and sidelined on the ground that J&K had not joined the All-India Service. Since “communication” was mentioned in the Instrument of Accession, he was accommodated in the Indian Postal Service, where he rose to become a member of the Posts and Telegraphs Board, retiring in 1983. A man of letters, he kept alive his other interests to enrich, among other things, his mother tongue Dogri (one of the languages included in the Eighth Schedule of the Constitution) and was honoured with a Sahitya Akademi award. He passed away in Delhi on February 7, 2014, at the age of 89.

In an interview in 2002, Shivanath told this writer that the vacancy caused by his exit from the list of IAS qualifiers was filled by T.N. Chaturvedi, who rose to become the Union home secretary and governor of Karnataka.

Late in the 1950s, early appointees to the J&K cadre were promotees from state services. Even the state High Court was brought on par with other High Courts in India on January 26, 1959. The institutions of the governor and chief minister emerged only in 1965, replacing the earlier designations of Sadar-e-Riyasat and “Prime Minister”. It was only in 1962 that R.K. Thakkar became the first direct recruit to the J&K cadre of the IAS and rose to be chief secretary, a post he subsequently held in Delhi as well. These developments took place against the backdrop of the plebiscite movement gathering steam, especially in the Valley, despite its leader Sheikh Abdullah being in jail. IAS officers from outside J&K were ridiculed as “viceroys from Delhi”.

Shrill protests became muted with the passage of time as talented young people from the Valley became direct recruits, passing with flying colours.  Sober and intelligent Mohammad Shafi Pandit broke the ice in 1969 to become the first IAS officer from J&K.  Khurshid Ganai bagged the second position in the 1982 UPSC examinations, while Shah Faesal made headlines in 2010 for topping the exam. In the erstwhile state of J&K, Sushma Chaudhary became the first direct recruit from the Jammu region in 1969 and C. Phunsog from Ladakh in 1972.

The decision to abolish the J&K cadre is an offshoot of the BJP’s long campaign for ending the special status of the state. It was a natural corollary to its moves on August 5, 2019 (a) to scrap the historic state itself, downgrading it to a UT after its separation from the vast trans-Himalayan region of Ladakh; (b) abolish Article 35-A of the Constitution which protected exclusive privileges of its natives and (c) knock the teeth out of Article 370 guaranteeing J&K’s special status.  J&K’s separate flag and constitution were abolished too.

The BJP initially went along with a vacillating Maharaja in 1947 in its foremost avatar as the Praja Parishad. But all along, the party has waged a campaign around the slogan, “Ek desh mein do vidhan, ek desh mein do pradhan. ek desh mein do nishan; nahin chalenge, nahin challenge (One country can’t have two constitutions, two prime ministers and two flags)” for the full integration of J&K with the rest of the country.

It finally achieved its objective on the strength of its majority in the Lok Sabha, exposing it to the charge of disregarding the opinion of the people of J&K and the terms of the Instrument of Accession. This is unlike other governments in the past in Delhi and J&K which cared for the promises made to the people at the time of the accession, while simultaneously nudging them towards greater integration. Scrapping J&K as a state was never part of BJP’s political agenda or manifesto. It came as a sudden decision, making the J&K cadre of civil services also a casualty.

(Pushp Saraf is a senior journalist. The views expressed here are personal.)