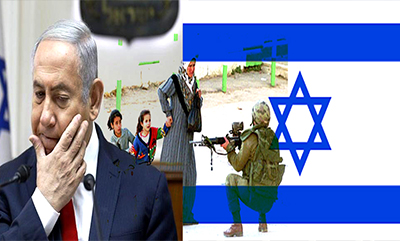 Before we deal with Israel’s new “Basic Law” on Nationality that was passed on July 19, 2018, it may become important to give certain context. The State of Israel is a unitary Parliamentary Republic, but unlike other republics it does not have a fully codified constitution. The Constitution of the State of Israel is yet to be formally drafted and the State is governed by what are known as “Basic Laws”. A Basic Law is an act of the Israeli Parliament (Knesset) and is passed as an ordinary law.

The Constitution of the State of Israel is yet to be formally drafted and the State is governed by what are known as “Basic Laws”. A Basic Law is an act of the Israeli Parliament (Knesset) and is passed as an ordinary law

However, Basic Laws generally hold precedence over other laws and have provisions in them that essentially entrench them. A similar example will be the Parliament Acts of 1911 and 1949 in the UK that reduced the powers of the House of Lords while keeping Parliament supreme. The Basic Laws, along with precedents and common law, constitute the Constitution of the State of Israel.

Israel is also unique in the region, as it is a fully functional liberal democracy with a large minority population that enjoy equal constitutional rights. Israel’s Arab minority are full citizens and enjoy all the privileges that Jewish citizens enjoy. Israel, however, for historical reasons has always maintained a Jewish character as its Arab population constitute only about 20% of the total populace. Though unlike other states in the Middle East, the minorities in Israel can and do hold public office and can run for Parliament. Further, they may also be naturalised under the Israeli Nationality Law of 1952. This is unlike other states in the region (such as the Gulf States) that don’t allow for the naturalisation of permanent residents.

But Israel’s existence has always been controversial to certain persons who do not agree that Israel has a right to exist. This could be because of the general anti-Jewish bias that exists in the region or that there are those who view that the State is illegitimate because all of mandatory Palestine was to go to the Arab populations. States like Iran not just refuse to regconise the existence of Israel, but also state that the Holocaust never happened. Given one of the justifications for the existence of Israel is the Holocaust, as post that traumatic event, it became vital for the world to find a home for the Jewish people, where they would be safe. Post the establishment of Israel, there was the Nakba, which was also known as the Palestinian exodus from Israel. This was followed by the expulsion of the Jewish populations across the Arab world and these Jews fled to Israel.

Israel on July 19, 2018 adopted its Basic Law on Nationality. A salient feature of this law is that it declares Israel as the home of the Jewish people and states that the right to self determination vests exclusively with the Jewish people. In practice what this would mean is that in the event of a one-state solution, the one state will have a Jewish character. Further, in terms of the 2014 Basic Law on referendum, any future peace treaty will have to be approved but at least 80 members of the Knesset (a Super Majority) or by way of referendum. Clearly, this Basic Law has raised eyebrows as to the future of the peace process in the Middle East.

But is the law justified? In the event of a one-state solution, or a Palestinian right of return to Israel, the fundamental Jewish character of the state will change. The world has seen many states founded on religious lines. Elizabeth II for example, is not just queen of the United Kingdom but is the head of its church, which is a state church. Many European countries have state churches i.e., established Christianity but are also very liberal when it comes to other religions. The Arab world, for example, is practically devoid of any State that doesn’t have the word “Islamic” in its name.

So why the worry when Israel does it? This is perhaps because the law offends the sensibilities of those who still believe that Israel is an occupying power in Palestine and that it doesn’t have the right to exist? Israel has always been a Jewish State. Its flag is the Star of David and it also has an established Rabbinate (the Moslem population also have their own established institutions).

All of Jerusalem declared part of Israel

The international law problem is that the Basic Law declares all of Jerusalem a part of Israel. This is against the original mandate of the UN Partition plan for Palestine that declared Jerusalem to be an international zone. The recent shifting of the US Embassy to Jerusalem may also be a factor that led to this Basic Law. The Law though protects Arabic by granting it special status and doesn’t override the 1992 Basic Law on Dignity and Liberty that granted civil political rights to all persons exclusive of their race, religion or ancestry.

The international law problem is that the Basic Law declares all of Jerusalem a part of Israel. This is against the original mandate of the UN Partition plan for Palestine that declared Jerusalem to be an international zone

The Basic Law on Nationality save for the one above on promoting Jewish settlement in Israel, raises no important questions in international law. Though it may raise questions under Israeli constitutional law. The law is valid and is in accordance with international instruments such as the International Covenant on Civil and Political rights and the Universal Declaration of Human Rights. As it is limited to the territory of the Israeli state, it raises no questions as to the status of Palestinians in the Occupied Territories.

[Editor’s note: The views expressed in this article are the author’s alone and do not represent the views of The Leaflet.]