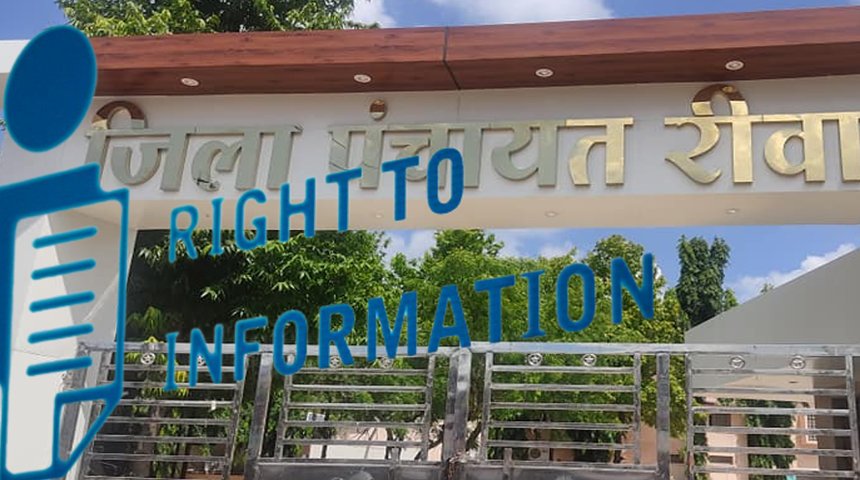 The defiance of a public information officer (PIO), not to respond to 38 summons sent by Madhya Pradesh’s state information commissioner (MP SIC) Rahul Singh in six second appeal cases under the Right to Information (RTI) Act, has led the latter to slap an arrest warrant against her. However, with the High Court staying the SIC order last week, the public information officers (PIOs) and public authorities (PAs) have got a shot in the arm to stall information from citizens under this sunshine law.

The bailable summons was issued to PIO Surbhi Dubey, the block development officer (BDO) of Janpad Panchayat, Rewa and Raipur Karuchuliyan, in MP. Mr Singh’s summons ordered Ms Dubey to be present before the MP state information commission. He wanted her to explain the reasons for the continued non-compliance with the SIC orders and provide a compliance report of all the orders of the SIC in all the six appeals.

Mr Singh says he was compelled to issue a bailable warrant due to continued disregard and non-compliance and failure to take appropriate action by Swapnil Wankhede, chief executive officer (CEO) of Rewa Jila Panchayat. He is the head of this public authority under the RTI Act, and also the final authority to ensure compliance.

CIC Singh ordered the deputy inspector general (DIG) of Rewa division to execute the bailable warrant. However, Ms Dubey sought legal intervention. Despite CIC’s order being final, as per the RTI Act, the High Court of Madhya Pradesh at Jabalpur stayed the order last week.

Several times, former central information commissioner (CIC) and RTI activist Shailesh Gandhi has stated that, as per the RTI Act, there can be no appeal beyond the CIC decision.
As per section 23 of the RTI Act, 2005, he stated, “No court shall entertain any suit, application or other proceedings in respect of any order made under this Act and no such order shall be called in question otherwise than by way of an appeal under this Act.”

This proves that CIC is the final authority, yet courts regularly take up these cases, thus nullifying CIC orders. Such regular violation of rules is deeply harming the RTI Act, he rued.

Mr Singh, in his order, observed that since PIO Dubey had failed to attend the SIC proceedings in compliance, “her conduct has led to the collapse of the entire mechanism of RTI Act in Janpad Panchayat Rewa and Raipur Karuchuliyan.”

It is interesting to note the consistent and audacious defiance of a PIO. In all the six second appeals before SIC Singh, he has summoned Ms Dubey 38 times but she did not comply.

To take the example of just a single second appeal amongst the six second appeals; between 23 December 2021 and 20 March 2022, SIC Singh summoned Ms Dubey six times to appear before the SIC. Despite six summons, and repeated reminders, Ms Dubey disregarded all these summons.

“She showed absolute defiance,” he writes in his order. SIC Singh then issued final show cause notice to the PIO to explain why maximum penalty of Rs25,000 should not be imposed on her for wrongfully withholding the information despite the order of SIC. Yet she was defiant.

In another of the second appeals, due to continuous non-compliance, Mr Singh ordered the development commissioner in the department of panchayat & rural development at Bhopal, under section 19 (2), to appoint a new PIO in place of Surbhi Dubey, in Janpad Panchayat Rewa and Janpad Panchayat Raipur Karchuliyan.

He also asked the principal secretary of general administarion department (GAD) to initiate disciplinary action against Surbhi Dubey as she had, through WhatsApp, informed the SIC that “I am not responsible for anything hence no question of appearance before the SIC”.

In addition, Ms Dubey also passed snide remarks over the phone on the working of SIC, writes Mr Singh in his order.

For all of these compliances, CEO Wankhede was kept in the loop of the official communications. Despite numerous orders, says SIC Singh, “Swapnil Wankhede failed to ensure compliance of the order of the SIC. The failure of Mr Wankhede to secure compliance reflects blatant disregard and disrespect of the orders of the SIC, which amounts to a violation of rule 8(4) of the MP Right to Information (Fees & Appeal) Rules, 2005 and a violation of civil service conduct rules.”

The SIC observes that the conduct and demeanour of PIO Ms Dubey and the CEO Jila Panchayat at Rewa clearly reflect apathetic disregard of the law passed by Parliament for creating transparent and accountable governance.

“It is disheartening and disappointing to see officers, who are responsible and obligated towards citizens under the RTI Act, are actively neglecting, violating, and obstructing the operation of the RTI Act, which is part of the Fundamental Right to Freedom of Speech & Expression under Article 19(1) of the Constitution of India.”

The SIC, therefore, sent a summons to Mr Wankhede to explain why the SIC should not report the commissioner, directorate of the panchayat, to initiate disciplinary proceedings against him for violating Rule 8(4). the MP Right to Information (Fees & Appeal) Rules 2005.