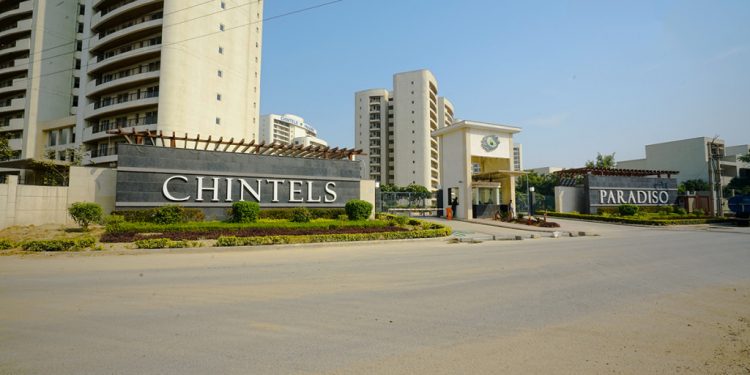 Gurgaon apartment building collapse: a breakdown of slabs and the system

In light of the structural debacle at Chintals Paradiso in Gurugram, followed by another housing project in the vicinity being declared unsafe for habitation, RAJESH LUTHRA provides insight into the murky nexus of profiteering builders and pliant authorities that leads to such incidents.

ON February 10, six slabs came tumbling down like dominos at a high income residential tower of the Gurugram project, Chintels Paradiso. Two residents were crushed under the debris and a third was grievously injured. It was a tragedy of unparalleled proportions. The victims died in their own houses, a place where they should have felt the safest.

Within days, two First Information Reports were lodged. The first was filed by an aggrieved resident against the builder while the second, filed by the Director of Town and Country Planning, indicted the builder, the contractor, the architect and the structural engineer. That the patriarch of the builder’s family was associated with peddling drugs in India and in the United States was highlighted by the news media. This spiced the case further and fed suspicion of intent. In any case, builders command scarce trust in our country.

Four more towers in the same complex were declared unsafe for occupation on February 19. Residents were summarily sought to be shifted to alternate accommodation by the developer. Meanwhile, the Supreme Court of India, taking notice of a plea filed by the son of one of the deceased, issued notices to implicated parties and the Haryana Government on February 28. This petition questioned how completion certificates were issued for the project that has since been termed unfit for habitation. The trauma of those affected is imminently perceptible. Increasingly, so are factors responsible for the same.

Similar layout designs, regardless of orientation and site specifics, are thus sold and resold to various developers. Hurriedly generated structural calculations are often passed off without manual cross-checking to design columns, beams and slabs. In a ploy to survive cut-throat competitiveness, the professionals are coerced to cut corners and minimize building costs.

The malaise however runs deeper. And wider.

Hundreds of residential towers like those at Chintels Paradiso have sprung up all over suburbia in the National Capital Region over recent decades. While spruced up differently on the outside, most residential buildings of a category are uncannily alike on the inside. With minor variations, they adapt to the specifics of their project.

Race to the bottom

A formula is followed to the hilt in developing such projects. The formula is no secret. Its intent is to maximize profits for the builder while delivering the bare minimum to the customer.

To start with, architectural and engineering consultants are appointed on very low fees. They, in turn, borrow from generic design banks that are repeated exhaustively. Similar layout designs, regardless of orientation and site specifics, are thus sold and resold to various developers. Hurriedly generated computer calculations are often passed off without manual cross-checking to design columns, beams and slabs. In a ploy to survive cut-throat competition, the professionals are coerced to cut corners and minimize building costs. Quality is an obvious victim, and there is every possibility of oversight or negligence.

This thrift is not limited to professional expenses alone. Building materials are sourced at rock-bottom prices. With the influx of options from foreign sources like China, quality control is often suspect. While stringent tests should be a regular procedure at building sites, this is rarely the case. Soil, water and concrete tests are considered irritants rather than an opportunity to enhance safety and value. Like the professionals, the contractors too are pressurized into agreeing to rates that are low to the point of being nonviable. They stretch along on the project, often without escalation on material prices.

Funds collected for the project are often diverted into expanding land-banks or into other opportunities. It is not uncommon for a project, intended for completion within four years, to stretch to eight to ten years. While the Real Estate Regulation Act attempts to curb these transgressions, it has been diluted in many states to provide what may be read as extensive leeway to the developers.

Also read: Has Haryana Overstepped its Mandate in Giving Green Clearance to Housing Projects in Shivaliks?

In a larger travesty of faith, the effort that should go into delivering a good building goes into coercion with sanctioning and inspecting authorities. These officers of various departments, once appeased, display tremendous dexterity in advising the builders on how the building bye-laws may be circumvented. Again, this is usually at the cost of safety and value to the flat-buyers.

The authorities, in the present formulation, retain scarce or no role in quality control. Their presence in the projects is limited largely to the inception and completion of the project. The machinations of their officialdom are mostly exercised in deriving monetary gain for themselves. There is scarce provision or inclination for milestone inspections for quality control or building bye-law compliance.

The motivations and capabilities of government agencies are best read in the shocking revelation about another housing complex, Green View, which too has come in the public eye recently. This housing project of seven hundred flats is located barely ten kilometres from Chintels Paradiso along the newly developed Dwarka Expressway. It is developed by National Buildings Construction Corporation [NBCC], one of the fourteen Navratna public sector units. A week after the collapse of floor slabs at Chintels Paradiso, this entire project was declared unsafe for habitation. On February 18, residents were asked to vacate the complex by the close of the month.

Ironically, it was the Managing Director of NBCC who made this pronouncement as a matter of routine, blaming high chloride content in water for corroding the reinforcement in the buildings. What needs to be explained is why the structural design didn’t provide for combatting high chloride content when there are proven ways to address this situation. How is it that numerous other projects in the vicinity of Green View remain unaffected?

Unless accountability is enforced rigidly, this manner of misplaced entitlement and high-handedness at public cost shall continue. Public interest has to be protected. Both the objectives and the executive are in place. However, a lack of will to enforce regulations must be tackled on a war footing. In the case of Chintels Paradiso, the Supreme Court has posted the matter to be taken up in the third week of this month. Punitive fines have been sought to be levied on those identified as responsible by those affected. How the court tackles this matter shall determine the response of the various agencies involved for years to come.

These officers of various departments, once appeased, display tremendous dexterity in advising the builders on how the building bye-laws may be circumvented.

It would be sad if these lives have been lost in vain. That so many are suffering for the greed and incompetence of a few is deplorable. It shall be worse if developers, maligned as they are, don’t work towards regaining customer confidence. The professionals in the industry too must abide by a set of standards to justify their relevance while it is for the government to ensure that standards are strengthened and enforced.

Otherwise, as one resident of the ill-fated project said, his co-residents look at the ceiling every night while going to sleep and pray it is in place when they awaken. That is, if they do awaken.

(Rajesh Luthra is an architect in independent practice. Having graduated from Columbia University in New York City, he designs, writes and teaches in New Delhi. The views expressed are personal.)