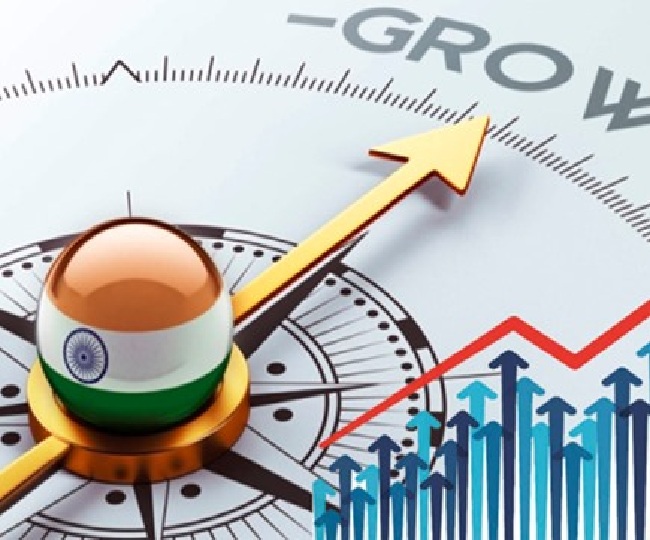 The government’s fiscal bind is taking a heavy toll on the Indian economy, writes PRABHAT PATNAIK.

Simply spending more by borrowing, that is, by enlarging the fiscal deficit, is frowned upon by international finance capital, and our government, notwithstanding its much advertised “hyper-nationalism”, does not have the gall to violate the dictates of globalised finance.

The question of enlarging government expenditure by borrowing therefore does not arise. At the same time, it cannot tax capitalists, whether through a wealth tax or through a higher tax on profits; its entire raison d’etre consists in providing them with all manner of tax concessions in lieu of which it gets generous financial support from them. The professed belief is that putting more resources in their hands will increase investment.

This belief however is mistaken for two obvious reasons. First, giving tax concessions does not even increase total post-tax profits. Since working people consume the bulk of their incomes, giving tax concessions to the capitalists without increasing the fiscal deficit, while simultaneously curtailing government expenditure to a similar degree, does not increase post-tax profits.

The effect of tax concessions in increasing post-tax profits is offset by the reduction in profits owing to reduced demand on account of the curtailment in government expenditure.

There is a simple formula here: post-tax profits, when the working people consume their entire incomes, equal the sum of capitalists’ investment, capitalists’ consumption, and the fiscal deficit if we abstract from foreign trade (which we shall do as it is not germane to the argument here).

Since capitalists’ investment, decided upon earlier, does not change immediately, and since the same is more or less true of their consumption, post-tax profits can increase only if the fiscal deficit increases. Hence tax concessions matched by an equivalent reduction in expenditure, do not increase post-tax profits in the aggregate.

True, the post-tax profits of some among the capitalists may increase (the favoured corporate groups) but then those of the others must decline. Even if we assume that capitalists who get larger post-tax profits invest more, even then the total investment does not increase.

Secondly, the assumption we just made, namely that capitalists who get larger post-tax profits invest more does not actually hold.

Capitalists invest more not when they get larger profits; they invest more only when demand increases, raising their degree of capacity utilisation. Hence no amount of tax concessions will induce them to add to capacity by investing more if demand is not increasing. Tax concessions in this case, while they might benefit particular corporate groups, will simply be pocketed by them, without making an iota of addition to capacity.

But this erroneous claim that tax concessions to capitalists boost investment is used to justify such concessions. And on these grounds, larger public expenditure is not sought to be financed by larger taxes on capitalists.

After the shift to the Goods and Services Tax, the indirect tax rates for most commodities now are a matter for the GST council to decide; the union government’s hands therefore tied to an extent.

There is however one milch cow that is left out of the ambit of the GST and that is petro-products. The union government therefore has latched on to this commodity, on which it has decided to increase indirect tax-rates, as a major means of raising revenue.

Its fiscal policy has thus become extremely simple: raise revenue by imposing indirect taxes on petro products, and by privatising public sector enterprises (selling the family silver as some have called it); spend whatever can begarnered in this manner, while keeping the fiscal deficit in check so that global finance remains satisfied.

Privatising public sector enterprises however has not fetched much until now, since the corporate know that if they wait a bit longer rather than rush into buying such enterprises immediately, they would get an even better deal and even more plum enterprises. So, taxes on petro products have been the most common manner of revenue mobilisation till now, with which the government hopes to revive the economy through larger expenditure.

This however has two obvious limitations. First, despite the huge burden it imposes on the people, the revenue generated from this single source is not adequate to enlarge government expenditure to the requisite extent. In the current year’s budget for instance, the total nominal government expenditure is supposed to increase by less than one percent over the pandemic year 2020-21(RE) which means a fall in real terms.

Obviously, no revival of the economy is possible if government expenditure is expected to fall, especially when capitalists’ investment cannot increase, as it is limited by the paucity of demand, and total consumption in the economy follows rather leads an increase in income.

The second point is even more significant. The belief, that an increase in government expenditure financed by an equivalent increase in indirect tax revenue can always increase aggregate demand and hence output and employment, is erroneous.

An indirect tax on wage goods is rather similar to a direct tax on wages; it has a demand contracting effect which would offset the expansionary effect of any increase in government expenditure.

On the other hand, an indirect tax on investment goods or goods for capitalists’ consumption, can have an overall demand-expansionary effect, since capitalists can always maintain their real purchases of the taxed commodities by running down their cash balances or by borrowing from banks, while the expenditure by the government would raise demand and output.

The government pretends that petro-products like diesel and petrol are consumed by those owing cars and other motor vehicles, and are therefore in the nature of luxury goods so that a rise in its prices cannot be claimed to hurt the poor.

But this is completely wrong. Petro-products, rather like electricity and coal, are “universal intermediaries”; they are used not just for private consumption but for a variety of other uses: for public transport, for carrying goods from one location to another, and as an input into agricultural production which provides the most elemental necessity of all, namely food grains.

Since an increase in input cost at any stage must reflect itself in the form of higher prices of the final good, petro-product price-hikes must cause an increase in the prices of a whole range of final goods including those that enter into the consumption of the poor. If the final prices do not rise, then that can only be because the profit-margins of the petty producers, like kisans, are squeezed to accommodate higher input costs without a rise in the final price. Thus a rise in the prices of universal intermediaries hurt the poor one way or another, whether they are passed on or not.

There is a further point here. One of the reasons for the rise in prices of late, despite the economy being severely demand-constrained, is the cost-plus effects of the rise in petrol prices.

Government policy, therefore, is directly responsible for the recent spurt in inflation. In the face of this spurt, the obvious ploy of the Reserve Bank is to keep the interest rate high; and the high cost of credit, especially for the petty production sector, acting as an additional factor hurting the poor, either through a further impetus for price rise or for further squeezing the petty producers, making them unviable.

The government’s fiscal bind is taking a heavy toll on the Indian economy. (IPA Service)