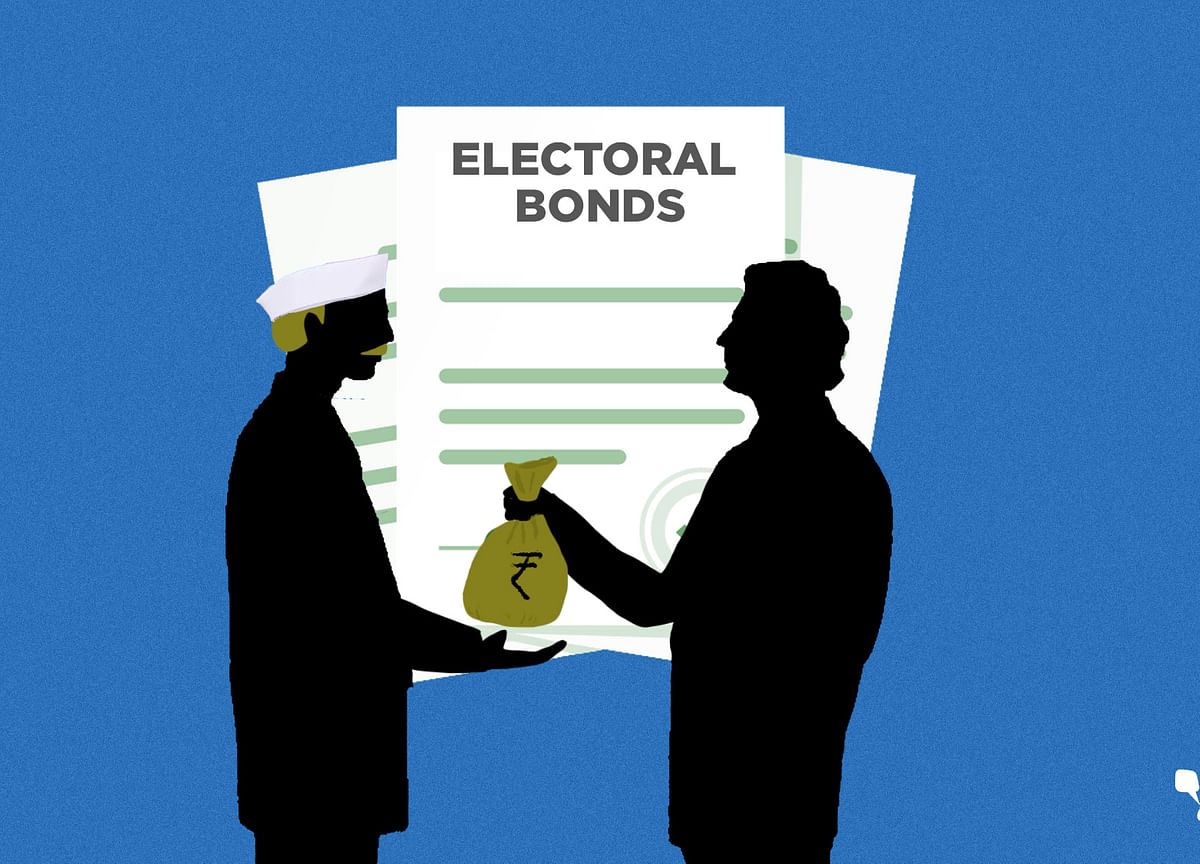 Electoral bonds: Supreme Court asks whether the process of receiving donations by parties is transparent

The Supreme Court once again fails to prioritise hearing of the challenges to the controversial electoral bonds scheme, in vogue since 2018, and has scheduled the next hearing of the case nearly a month after votes are cast in the Himachal Pradesh assembly elections on November 12.

THE much-awaited hearing of the petitions challenging the electoral bonds scheme resumed in the Supreme Court on Friday with both the petitioners and the Union Government making their disagreements clear on the source of donations received under the scheme.

The division bench comprising Justices B.R. Gavai and B.V. Nagarathna heard the parties on some of the preliminary issues which should engage the attention of the bench.

The petitioners include the non-profit organisations, the Association of Democratic Reforms (‘ADR’) and Common Cause, serial public interest litigant, lawyer and politician Ashwini Kumar Upadhyay, and the Communist Party of India (Marxist). The petitioners have challenged the legality of anonymous electoral bonds as a source of political funding, on the ground that it is inconsistent with the Election Commission’s duty to hold free and fair elections.

ADR’s counsel, advocate Prashant Bhushan told the bench that the question of the legality of the electoral bonds scheme and whether political parties come under the purview of the Right to Information Act, 2005, are two main issues before the bench.

The third issue, he pointed out, is whether the retrospective amendment to the Foreign Contribution (Regulation) Act, 2010 (as amended in 2020), which says that subsidiaries of foreign companies will not be treated as foreign sources, thereby allowing donations to political parties and public servants, is unconstitutional.

Justice Gavai asked whether the amendment really allows donations to public servants as well, to which Bhushan answered that anybody can now get money through subsidiaries of foreign companies by virtue of the amendment.

Bhushan stated that the most important question, which concerns all the relevant issues, is whether these amendments could be made through a money bill which did not go to the Rajya Sabha for approval.

The Finance Act, 2017 was introduced as a money bill and it amended multiple legislation to introduce electoral bonds as a source of funding for political parties. In furtherance of this, the electoral bond scheme was notified in 2018.

The bench at this juncture showed its interest in a detailed hearing of this matter.

Opaque ways of funding political parties can destroy the underlying concept of Article 324, especially when it is unknown who is funding who, Sibal told the bench.

Sibal said that the court must determine Article 324 in the context of funding political parties through a process of the electoral bonds. He requested that the matter be referred to a larger bench.

Solicitor General of India, Tushar Mehta, however, countered all the arguments made against electoral bonds. He told the court that the methodology of receiving money is transparent and that it is impossible to get any unaccounted money.

“To say that it affects the process of democracy may not hold water,” he submitted.

Justice Gavai, who did not seem to be convinced by the Union Government’s claim, asked if the process is really transparent. He wanted to know whether the system, envisaged under the scheme, reveals the identity of the donor.

While the government claimed it does, the petitioners told the bench that the mechanism is not clear on that aspect.

Mehta suggested that the bench should first hear the matter and then decide on whether it merits reference to a larger bench.

Attorney General R Venkataramani submitted that if the court is convinced that the matter should go to a larger bench, then that be it.

While the respondents suggested that the court should hear the matter in January, the petitioners argued that the issue holds utmost importance in light of the upcoming assembly elections in Gujarat and Himachal Pradesh.

Bhushan informed the bench that the dates of the elections in these two states would be notified today, thus giving a sense of urgency to the hearing of the case. (The Election Commission notified that the Himachal Pradesh assembly elections would be held on November 12). Just before the state elections, electoral bonds are being issued, he told the court. Mehta, however, said that this is not an election-related issue.

The bench scheduled the next hearing of the case on December 6.