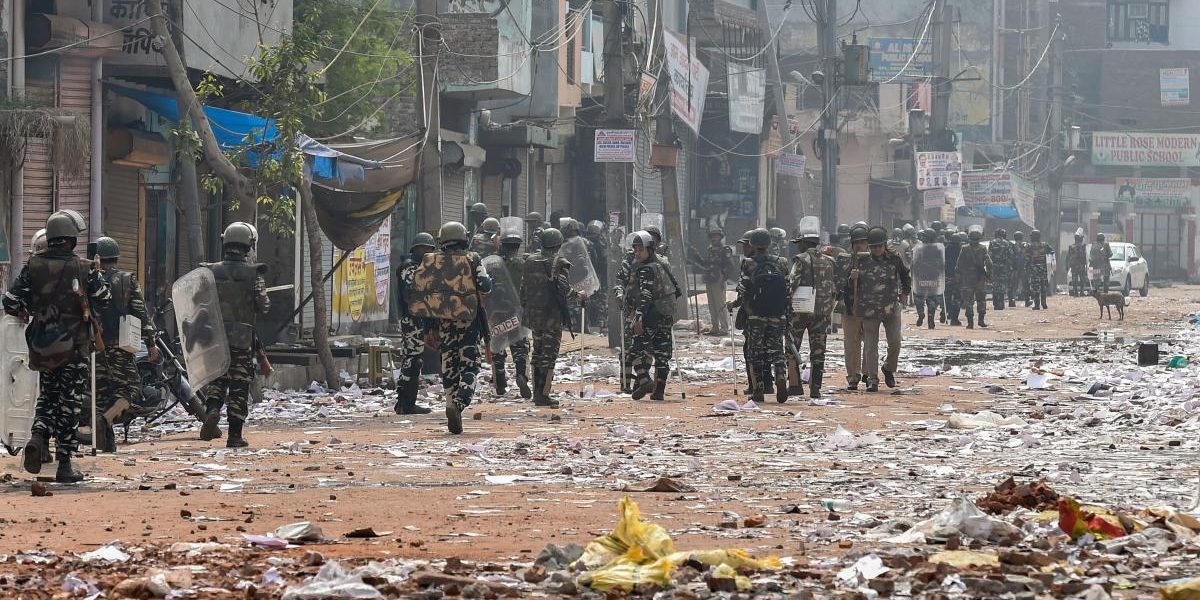 The shoddy FIRs and chargesheets relating to the Delhi communal riots of February 2020 prepared by the Delhi police have much to do with the political interpretation of the events imposed by the Union Home Minister, writes PARSA VENKATESHWAR RAO JR.

IT is generally understood that First Information Reports (FIRs) in the Indian police administration cannot be relied on for accuracy. The FIRs pertain to the initial reporting of facts, and are based on what the complainant has to say, or on what the police have gathered at the first instance in a case.

The strength of the case to be filed later based on the FIR depends on the scrupulosity with which the police personnel records the facts. On top of that, the complainants are usually agitated, and they are more than likely to exaggerate facts when they make the complaint.

Then we come to the chargesheet, the base on which the case is to be prosecuted in a court of law. Here too the police display a tendency to include a huge gamut of sections under the Indian Penal Code (IPC) and other criminal statutes under the mistaken belief that including as many offences as possible strengthens the prosecution’s case.

It is a plausible strategy, but it does not work if the charges and facts are not in sync. Until the court convicts a person, the charges remain alleged crimes.

Additional Sessions Judge (ASJ), Karkardooma District Courts Vinod Yadav had noted in his order on August 28 the shoddiness displayed by the prosecution side. The investigating police officers did not appear in the court physically or through video conferencing on the days of hearing, did not collect evidence properly, did not give sufficient instructions to the public prosecutors (PPs) about the cases, and simply sent a PDF version of the chargesheet to the PPs to argue on the basis of. This, in a case relating to the booking of two men as accused in the riots.

While he excoriated the Delhi police for its standard of investigation as being “very poor” and the chargesheet as “half-baked”, the ASJ decided that at the initial stage, the court is not legally permitted to examine the chargesheet rigorously and decide on the merits of the case, but only check if a prima facie case is made out. He refused the defence plea that the accused were falsely implicated.

ASJ Yadav again pulled up the police for taking a statement of an accused person under one FIR and using it in a case filed under another FIR. In another case, three persons, Mohd Shadab, Rashid Saifi and Shah Alam were charged under a different FIR after the court had discharged under an earlier FIR. The court cited the “double jeopardy” principle, under Section 300 of Criminal Procedure Code and Article 20 of the Indian Constitution, by which no person can be punished twice for the same offence.

Chief Metropolitan Magistrate Arun Kumar Garg on September 6 directed the Delhi police to take appropriate action to conclude its investigation so that the trial into riots-related cases can proceed. He observed that the “lackadaisical attitude of the investigation agency including the supervising officers up to the rank of the DCP and above” is preventing the court from deciding on the case and the accused is languishing in prison for more than a year.

While these are just some of the instances clearly exemplify the shortcoming of the police investigation into the Delhi riots cases (a more comprehensive capture of the same has been done by The Leaflet here), it is pertinent to consider the political context.

Who Union Home Minister Shah inculpated for the riots

The riots took place when then United States President Donald Trump was visiting Ahmedabad, and Union Home Minister Amit Shah was away in the Gujarat capital. In a statement he made in reply to the discussion on the riots in the Rajya Sabha in March 2020, he said that troublemakers came from Uttar Pradesh and created the mayhem, and vowed that the administration would dig out the rioters even from the netherworld and bring them to justice. Shah had implied that the riots were a consequence of a conspiracy hatched by Indian and foreign organizations, and implicitly blamed the anti-CAA protestors for the same.

Since this statement came at a time when the Delhi Police’s investigation was in its nascent stage, it would seem the police had to pursue the case according to Shah’s narrative: first, that the rioters were anti-CAA protesters; second, they were outsiders.

A significant proportion of the anti-CAA protesters were Muslims, since the CAA is exclusively discriminatory towards Muslims from certain neighbouring countries seeking Indian citizenship. This is a charge that Shah and the union government have vehemently denied time and again.

Many of the properties damaged and most of the lives lost during the riots were those of the Muslims. Regardless, it had to be shown that it was Muslim miscreants who destroyed Muslims’ properties and killed Muslims to defame the government.

Also read: In Fight for Justice, Defence Lawyers in Delhi Riots Cases Challenged it All

The Delhi police works under the Union Home Ministry, rather than with the Delhi government. The confusion and the resultant shoddiness of the investigation could perhaps be attributed to the thinking of the Union Home Minister Shah that the riots were the handiwork of anti-CAA protesters, who were Muslims by default.

It is also worth noting that the Delhi Lieutenant Governor Anil Baijal did not allow the Delhi government-appointed public prosecutors to pursue the case last year, instead approving a team chosen by the Delhi police (read: the Union Home Ministry).

Apart from the apparent unsoundness of the Delhi police’s probe into the riots, the narrative imposed on the investigation is turning the riots cases into a classic example of ‘confusion worse confounded’.