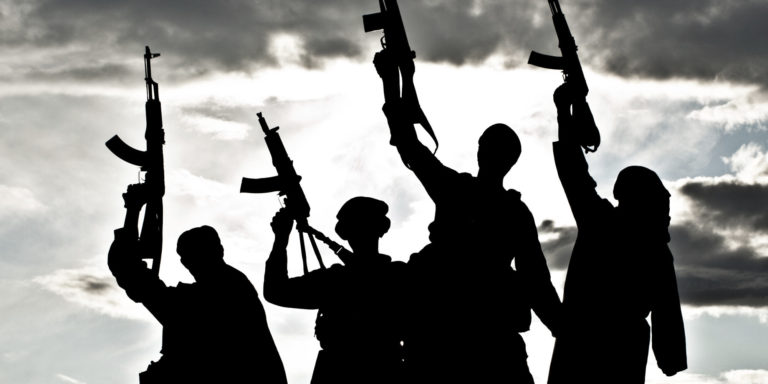 Though not a signatory to Montevideo Convention on how to recognise a ‘State’ to be able to negotiate with it, the Indian establishment betrays a lack of senistivity and discretion.

Barely 24 hours back, on March 20, 2018, the Union Minister of External Affairs (EAM), Sushma Swaraj, confirmed that the 39 Indian nationals who were kidnapped by the Islamic State, had been executed during the siege of Mosul back in 2014. This comes in the wake of EAM Swaraj informing Parliament in 2016 that there was no concrete proof of their deaths. Further on July 27, 2017, EAM swaraj informed Parliament that it was a sin to presume that the missing workers are dead that the government would continue to search for them till it finds concrete evidence of their situation.

The problem faced by the Ministry is understandable: given the volatile situation in Iraq over the past few years, the extent of Indian consular presence would have been reduced, at least via official channels. The only way to liaison with the Islamic State required that India engage with them diplomatically. Since India, along with the rest of the world, recognises the Islamic State as a terrorist organisation rather than as a State in the strictest sense of the term, India could not formally negotiate with them.

But this has not always been the case. During the Kandahar hijack in December 1999, India managed to negotiate the release of its passengers by negotiating with the hijackers via the Taliban government in Afghanistan. This may be distinguished as a different case though, as India recognised Afghanistan but did not recognise the Taliban as the legitimate government.

Was the Islamic State a ‘State’?

The Montevideo Convention on the Rights and Duties of States, to which India is not a party, is the only convention that to some extent deals with the concept of state recognition in international law. As it codifies certain existing principles of international law, we can study the Convention to gain some insight as to what would have happened if the Indian government had negotiated with the Islamic State.

Article 1 of the Convention defines a State as follows:

“The state as a person of international law should possess the following qualifications:

(a) a permanent population;

(b) a defined territory;

(d) capacity to enter into relations with the other states.”

Article 3 of the Convention speaks of the recognition of States:

“The political existence of the state is independent of recognition by the other states. Even before recognition the state has the right to defend its integrity and independence, to provide for its conservation and prosperity, and consequently to organize itself as it sees fit, to legislate upon its interests, administer its services, and to define the jurisdiction and competence of its courts.

A strict reading of these provisions would mean that the Islamic State would have been a subject of international law in 2014 as it possessed all the characteristics in Article 1 and the Article 3. But this reading would create all sorts of problems. It would mean that the laws of war (the Geneva and The Hague Conventions) would have to be adhered to while engaging in hostilities with the Islamic State.

Article 11 of the Convention though perhaps provides a way out. It reads:

“The contracting states definitely establish as the rule of their conduct the precise obligation not to recognize territorial acquisitions or special advantages which have been obtained by force whether this consists in the employment of arms, in threatening diplomatic representations, or in any other effective coercive measure. The territory of a state is inviolable and may not be the object of military occupation nor of other measures of force imposed by another state directly or indirectly or for any motive whatever even temporarily.”

Article 11 prevents a State from recognising another state-like entity that is occupying the territory of the previous State. So, unlike the Taliban in Afghanistan – a government that was in effective control of Afghanistan but was unrecognised by many – the case of the Islamic State would be different as it sought to establish itself as a new State rather than a successor to an existing government.

It is in this context that we must analyse India’s response when it concerned the 39 Indian workers who were kidnapped by the Islamic State. In 2015, an in-depth report written by Alia Allana was published in a portal called Fountain Ink, in which the “sole survivor” amongst the kidnapped workers, Harjit Masih, recounted how all the other workers had been shot and killed by Islamic State forces during the Mosul siege in June 2014. However, the Government of India continued to state that there was no concrete evidence as to their deaths. Only this year, after mapping the DNA from a mass grave to those of the migrant Indian workers, was the Indian government able to confirm their deaths.

A few things stand out in the Fountain Ink story that are worthy of our attention:

Assuming the Fountain Ink story by Alia Allana is true, since India was not formally negotiating or had relations with the Islamic State, the only way India could have perhaps done the above would have been via assets on the ground. Assets who would have been compromised if the Indian government publicly confirmed the deaths of the kidnapped Indians based on their information. National security issues would have definitely arisen had this happened.

The seven-year rule on missing persons

But then let’s come to the families of these workers who have been waiting for what is now almost four years for news of their loved ones. Nothing would have prevented the Government from making a generic statement that they have been informed by sources on the ground that the 39 kidnapped men had died. The Government could have tactfully informed the families without waiting for official confirmation via a DNA test.

The [Indian] Evidence Act of 1872 deals with the question of when a person whose whereabouts are unknown can be declared dead. Sections 107 and 108 deals with this situation. They read:

“107. Burden of proving death of person known to have been alive within 30 years:

When the question is whether a man is alive or dead, and it is shown that he was alive within thirty years, the burden of proving that he is dead is on the person who affirms it.

Provided that when the question is whether a man is alive or dead, and it is proved that he has not been heard of for seven years by those who would naturally have heard of him if he had been alive, the burden of proving that he is alive is shifted to the person who affirms it.”

This is commonly known as the seven-year rule. If a person goes missing for seven years, the law presumes them dead in the absence of any evidence to the contrary. Seven years hadn’t passed since the workers had made last contact, so in the absence of concrete evidence as to their death, the law required that the Government waited a few more years before declaring them dead.

Though this wouldn’t excuse the EAM from having to apologise to Parliament for the previous statements that were made. While it is unclear if the Government wilfully misled Parliament, what is amply clear is that parliamentary propriety requires that if a mistake is made during the proceedings of the House, the member who makes the mistake must apologise and correct themselves.

Further, if it is established that the Government wilfully misled Parliament, even if it was to protect Indian assets on the ground, then the Government would be in contempt of Parliament and would ideally have to resign.  Rule 248 of the Rules of Procedure of the Lok Sabha allows the Lok Sabha to meet in a secret session and allows the members of the Rajya Sabha to sit in the gallery and observe this session. The Government could have informed the House of the actual situation on the ground, including the fact that third party sources may have confirmed that the Indians were killed.

The Government may not have done so in 2014 for fear of being dragged into an armed conflict against the Islamic State. But the only excuse to have not kept Parliament informed via a secret session would be that the Government doesn’t trust Members of Parliament, including its own members on questions of national security. If that is the case, then Indian democracy has a lot more to be afraid of than the Islamic State.

Ajay Kumar is an Advocate practising at the Bombay High Court. He is currently retained by MZM Legal and can be reached at [email protected]