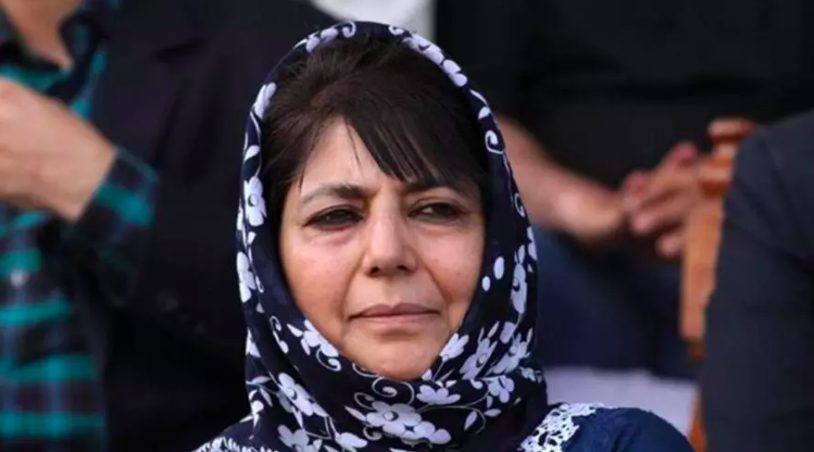 Days after jailed Hurriyat leader Mohammad Ashraf Sehrai died in Jammu, former Jammu and Kashmir chief minister Mehbooba Mufti has shot off a letter to Prime Minister Narendra Modi urging him to release all political prisoners in view of the resurgent  COVID-19 crises.

In the letter dated May 7, the president of the People’s Democratic Party (PDP) said health infrastructure has completely “collapsed” and the images of people gasping for medical care and supplies like oxygen has shocked all.

“At a time when the system is struggling to cope with this horrendous situation, lives of prisoners may be the least priority,” Mehbooba said.

Mehbooba, who has been vociferously critical of the Bharatiya Janata Party government and its handling of Kashmir, especially after the Right-wing party ended the coalition government in the region, cited Sehrai’s death as an indication of the danger faced by prisoners inside jails.

“Most recent reminder of the lurking threat to their lives is Mohammad Ashraf Sehrai who lost his life because he contracted Covid-19 in jail and was deprived of medical care,” she wrote.

The PDP leader, whose political positioning in Kashmir has been polar opposite to that of the deceased Hurriyat leader, urged Prime Minister Modi to look at the countries which have released prisoners in view of the coronavirus crisis.

“A democratic and civilised country like India should not drag its feet and must release these detainees immediately so that they can return home at a time when life feels so threatened,” she wrote in the letter.

The letter comes after families of various Kashmiri political prisoners expressed their concern over the health of inmates languishing in jails amidst the ravaging pandemic. Many, especially amongst the political prisoners including Hurriyat leaders like Shahid ul Islam, have already contracted the infection putting them at risk.

Many of these political prisoners, who are jailed outside Kashmir, are above 70 and suffer from multiple ailments. Leaders like Shabir Shah – named by Amnesty International as a ‘Prisoner of Conscience’ — have spent over 25 years of jail terms and suffer from serious health issues, something that can prove fatal during the pandemic.

Ashraf Sehrai’s death has put a serious question mark on the government’s response to the pandemic inside jails. Sehrai, according to his family members, was tormented by various ailments, including severe respiratory illnesses for days, before his condition deteriorated to a point of no return. The J&K High Court Bar Association, which had a week ago urged the authorities to shift ailing political prisoners to Kashmir, in a statement termed the separatist leader’s death as a “custodial murder” and called for an investigation in the incident.

Mehbooba’s letter also comes at a time when three prominent leaders from her party remain incarcerated. The jailed leaders include senior PDP leader Nayeem Akhtar and youth leader Waheed ur Rahman Para, detained on ‘preventive measures’ and ‘terror’ charges, respectively. The arrest of the PDP leaders, however, according to Mehbooba, is a tactic by BJP to end dissent against it and tame the opposition.