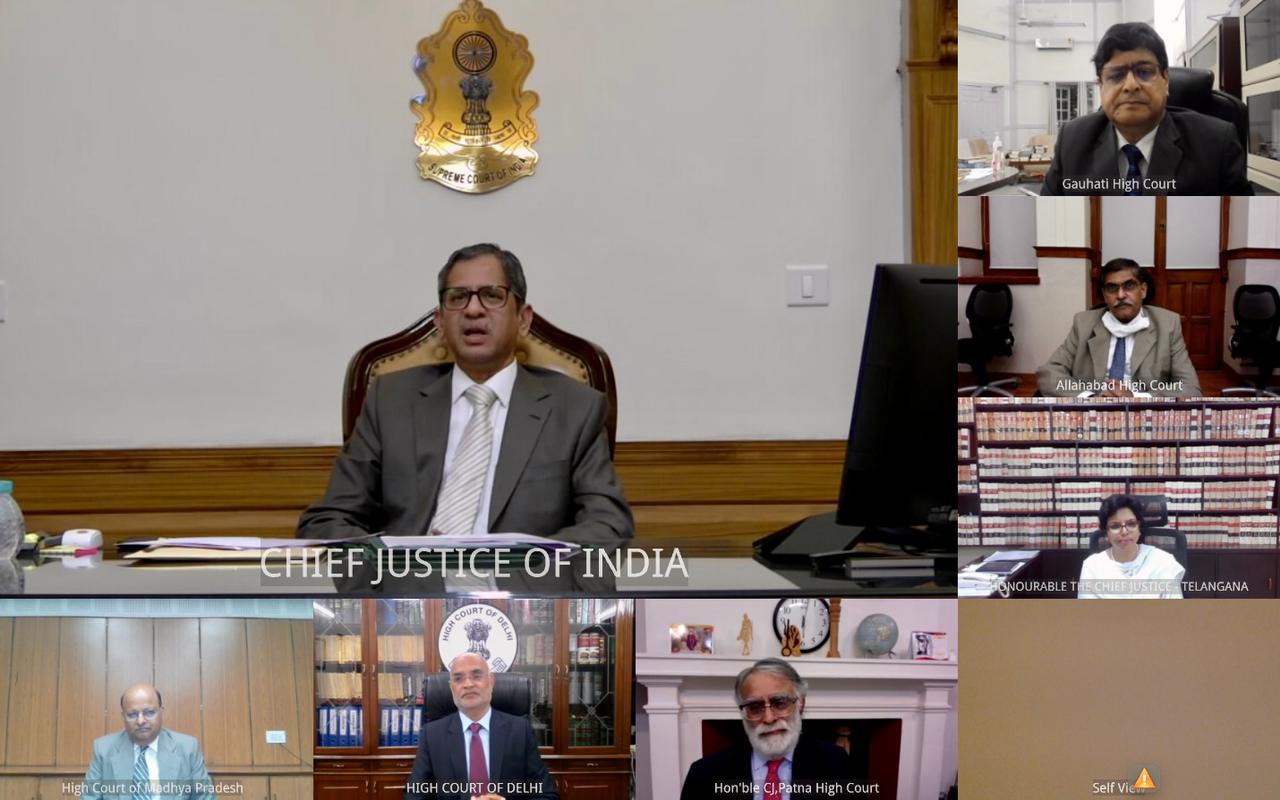 CJI Ramana stresses need to fill up vacancies in HCs

Earlier, the CJI had written to the chief justices asking them to take necessary action to fill up vacant posts. The letter came soon after he took over as the Chief Justice of India.

The CJI also received a briefing on the functioning of various high courts and the subordinate judiciary in the wake of the Covid-19 pandemic. During the discussions, it emerged that the digital divide was impacting the functioning of the judiciary and that better connectivity and network in districts, particularly in rural and tribal areas, would go a long way in enhancing the efficiency of the subordinate judiciary.

It also emerged that all high courts had moved from a hybrid mode to complete video conferencing and most courts had rescheduled their summer vacations to minimise the suffering of clients.

Justice Ramana assured the chief justices that their concerns on connectivity, vaccine supply and urgent issues of infrastructure would be taken up by the Supreme Court Registry with the Central Government. They were also assured that their request to get court functionaries declared as frontline workers for the purpose of vaccination on priority would be taken up for consideration by the authorities concerned.

CJI  Ramana assured them of the full cooperation from Supreme Court and proposed frequent interactions with the chief justices.