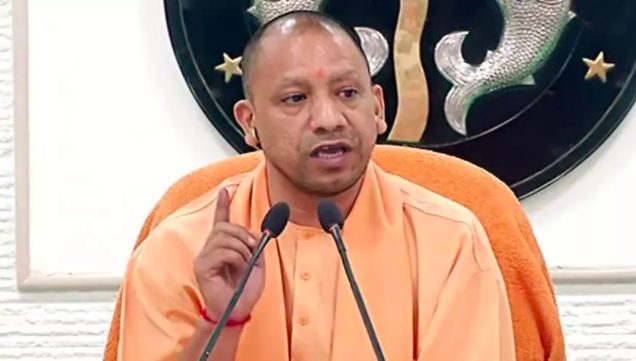 The Yogi Adityanath-led Uttar Pradesh government on Wednesday extended the Essential Services Maintenance Act (ESMA), banning strikes in all state government departments, corporations and authorities for a period of six more months. This is the third such extension.

The move, aimed at ensuring smooth functioning of the healthcare system, such as hospitals, oxygen plants and drug supplies, amid the second wave of the pandemic, is being seen by several unions and employee associations as a bid by the government to “muzzle their voice” and “cover-up its failures.”

In a statement issued on Tuesday evening, Additional Chief Secretary (Appointment and Personnel) Mukul Singhal declared that strikes have been banned with immediate effect in all public services, including big corporations and local authorities owned or controlled by the state government.

In May 2020, the UP government had first invoked ESMA for six months, which was for another six months on November 25, 2020, for the second time. On Wednesday, it was once again extended till November.

The rules under ESMA will be applicable to about three million working people across the state, including teachers and state employees. Apart from this, all the labour organisations would also come under the purview of this order. In such a situation, there strike may be disallowed even in private companies.

The order has been opposed by several labour and state employees’ organisations. The Uttar Pradesh State Employees’ Joint Council president Harikishore Tiwari said this was an “anti-employee” decision, while Prem Nath Rai, general secretary of Centre of Indian Trade Unions (CITU), termed it a “dictatorial” decision. They argue that once ESMA comes into force, it will increase the exploitation of employees.

“This is the third extension of ESMA in Uttar Pradesh in a year. The first time it was invoked last year was in May after the state government froze dearness allowance (DA) for its employees and they had given a call for mass protest. Despite ESMA into force, the Uttar Pradesh State Government Employees Federation, the largest organisation in state, held a protest against the order and its allies, including Karamchari Shikshak Samanvay Samiti, observed ‘Black Day’ from May 17 to May 22. Besides, power sector employees in the state in the lockdown last year also hit the road against privatisation,” Rai told NewsClick, adding that “the more the government tries to suppress the voice of people, the louder it will become”.

“The draconian order by the Yogi government will affect the irrigation department, local bodies, municipal corporation, revenue department, PWD department, health workers, staff nurses, paramedical staff. It will lead to instilling fear among employees. Furthermore, the state government was earlier providing eight different allowances to its employees but the Narendra Modi-led Central government has stopped these during the lockdown,” Rai stated.

Tiwari also accused the government of muzzling the voice of people through “draconian measures”, like invoking ESMA, taking away the right of employees and misusing prohibitory orders, adding that an “undeclared emergency” had been imposed in UP.

“For the past 14 months, the Yogi government is continuously extending ESMA so that we can’t raise our voice and fight for our democratic rights. This has not been done by any government, but the UP government is leaving no stone unturned to muzzle the voice of its own employees. We will protest and the government will have to answer. The government expects to run for five years and not be held accountable for its mistakes? This is not done. Our organisation (education department) along with health, revenue department will hold protests in the coming days and its repercussions will be felt in upcoming Assembly elections (early next year),” said Tiwari

He said over 1,600 primary, upper primary school government teachers, shiksha mitras and other employees had succumbed to COVID-19 after training and panchayat poll duty across the state, but the government is considering only three deaths.

“We submitted a list of 1,600 employees to Chief Minister Yogi Adityanath, detailing names, departments and date of death while on poll duty. The information was gathered with the help of Basic Shiksha Adhikari (BSA) and district administrations. Yet, the government is not accepting these deaths and said that only those who died at polling booths will be considered COVID-19 deaths and eligible for compensation. Those who returned home after polling duty and died will not be consider as coronavirus deaths,” the president of Uttar Pradesh State Employee’s Joint Council NewsClick.

Meanwhile, angry over ESMA being extended in the state third time in a row, contractual doctors in Rae Bareli district and a few other districts have threatened protests and mass resignations if the government adopts a “step motherly” attitude or harasses them.

In protest, contractual AYUSH doctors in a government hospital in Rae Bareli district wore black ribbons on their arms while working. The AYUSH Welfare Association state vice-president, Dr Anil Gupta said the government decision to extend  ESMA fearing even symbolic protests was not right. “If the government attitude remains same, all contractual Ayush doctors may collectively resign if our pending seven-point demands are not fulfilled,” added Gupta.

NewsClick also spoke to the Uttar Pradesh ASHA Workers’ Association, who is also opposing the government move, saying that they will demonstrate in a week until their long-pending demand for decent wages and timely compensation is met.

Veena Gupta, state president of the Uttar Pradesh unit of the Asha Karamchari Union, said they had heard of the extension of ESMA through media reports but did not get any written intimation. “This is not the first time. This has been going on since last year. We were expecting such action from the government and are prepared to deal with it”, she said, adding that the association would go ahead with their strike plan.

Asked if there was any strike plan, the All India Trade Union Congress (AITUC) stated that the UP government had enforced ESMA not for ensuring smooth functioning of healthcare systems in the state during the lockdown period, but to “cover-up and conceal its abject failure” to provide basic minimum safety and protective devices and arrangements for health service workers, doctors, nurses and paramedics.

The Essential Services Maintenance Act (ESMA), 1966 is an act that any government can invoke in their respective states to prohibit striking employees from refusing to work on certain essential services that are necessary and important for maintaining normal life in the country.

The Act mandates imprisonment for a term that may extend to a year, or a fine up to Rs 1,000, or both, to any person who instigates a strike termed illegal under the Act.

ESMA gives police the powers to arrest anybody without a warrant for violating its provisions.