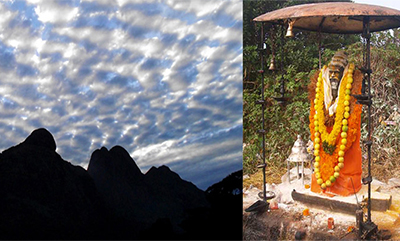 Another Sabarimala: Ban on women trekking Agastyakoodam peak in Kerala is unacceptable

[dropcap]A[/dropcap]s the five-judge Constitution Bench of the Supreme Court hears the case pertaining to ban on women’s entry inside the Sabarimala Temple, there lies another tale of similar discrimination on the basis of sex alone, that too is under the scanner. Less than 100 km from Sabarimala is Agastyakoodam, an 1868-metre tall peak in the Neyyar Wild Life Sanctuary of the Western Ghats in Kerala, where unsaid and unwritten rules restrict women from trekking the site. Agastyakoodam is a part of Agastyamala Biosphere Reserve and was added among 20 new sites to UNESCO world network of Biosphere Reserve.

The trek to the 1868-metre peak was started by the Kerala Forest Department in 1990. It takes place every year from January to March, allowing only 100 men/day to scale the second highest peak in Kerala. Starting from Bonacaud — around 61 km from Trivandrum railway station — the 35 km trek to Agastyakoodam has been the point contention for women’s organisation as the Kerala Forest Department has barred women and children below 14 from trekking on the pretext of difficult trekking path for children under 14 and “security reasons” for women. The official site of Kerala Tourism states, “Trekking is restricted as only a few people are allowed to go up the peak and women are not allowed to partake in the same.”

In a response by Principal Chief Wildlife Warden (Wild Life), Trivandrum to a Right to Information (RTI) filed by Sulfath M, a member of Pennoruma, a women rights group, 12,900 people applied online for the trek since 2015, none of them were women. It was also stated that women and children under 14 were barred not on some ministerial order but by the forest department. They (forest department) decided not to allow women to apply for trekking on account of lack of security arrangements. On the question of whether there is any religious or community belief against the entry of women, the Forest Department answered in negative.

Like each year, the Principal Chief Wildlife Warden published a notice on January 2017 excluding women from applying for the trek. Due to opposition by many women rights groups, K Raju — the forest minister gave permission to 51 women to participate in the trek to scale the second highest peak of Kerala conducted by the Kerala Forest Department in January 2017. However, the High Court of Kerala by an Interim Order struck down the permission on a plea filed by Bhagavan Kani and Ors. on the pretext that even tribal women were not allowed to enter the abode of sage Agasthya who was a celibate.

The same argument has been used in the case of Sabarimala. Hindu women between the age of 10 to 50, i.e. from the date they have deemed to attain puberty to the time they hit upon menopause — are prohibited from entering the Sabarimala temple. It is believed that Lord Ayappa — the deity aboding the hilltop shrine — had taken a “vow of celibacy”. Hence, the ban on admission of women who are capable of menstruating — or to put it simply, sexually active women — who might “distract the celibate deity”.

The High Court of Kerala by an Interim Order struck down the permission on a plea filed by Bhagavan Kani and Ors. on the pretext that even tribal women were not allowed to enter the abode of sage Agasthya who was a celibate

In a similar vein, the barring of women to trek can be traced to ‘custom or usages’ within the meaning of Article 13, and Article 13(1) of the Indian Constitution, which states, “all laws in force in the territory of India immediately before the commencement of this Constitution, in so far as they are inconsistent with the provisions of this Part, shall, to the extent of such inconsistency, be void.” Hence to be legally applicable, it cannot violate any other Article under Fundamental Rights, Part III of the Indian Constitution. Clearly, restricting entry of women to the trekking site violates Article 14 (equality before law), 15(1) (Prohibition of discrimination on grounds of religion, race, caste, sex or place of birth), 15(2) (No citizen shall, on grounds only of religion, race, caste, sex, place of birth or any of them, be subject to any disability, liability, restriction or condition with regard to

(a) access to shops, public restaurants, hotels and palaces of public entertainment; or

(b) the use of wells, tanks, bathing ghats, roads and places of public resort maintained wholly or partly out of State funds or dedicated to the use of the general public) and 21  (Protection of life and personal liberty)

This year too, the notice by the Chief Wildlife Warden, inviting application for the trek barred women from applying for it. Aggrieved by the order of the High Court order, Women Integration and Growth through Sports (WINGS), Kerala, Anweshi and Sulfath M, Secretary of Pennoruma, have filed a petition before the High Court of Kerala stating that “restricting entry of women … for trekking is against the spirit of Articles 14 and 15 of the Constitution of India and liable to be struck down.”

It goes on to ask why women are “weeded out from trekking on flimsy security reason on difficult terrains” and treated like/compared to children under fourteen when women have conquered the Everest, the highest peak in the world.

We see the age-old practice of discriminating women on the pretext of “environmental conservation”, “security” and custom and usage unfolding before the Supreme Court in the  Sabarimala case. The case of Agastyakoodam is not different. Women unwittingly become the beasts of burden of a patriarchal society to maintain a structure which is oppressive against them. There is a need to do away with practices which subordinates oppressed and exploited communities even if it is for the “larger good”, for there is no “larger good” if justice is not delivered to the historically oppressed and the exploited communities.